These results would enable over 50 terabyte capacity per a tape cartridge—more than 33 times the capacity of current technology.

The facing targets sputtering method—which was invented at Tokyo Institute of Technology—enables the deposition of magnetic films on thin plastic substrates at room temperature and importantly, without damaging the films. The distinct feature of the facing targets sputtering method is that the substrates are not located inside the plasma, as is the case with conventional magnetron sputtering.

The researchers plan to take these results from the lab to the market with financial support from JST research grants. 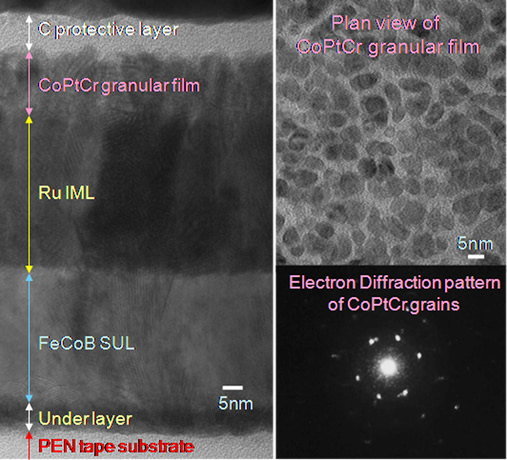