In the macroscopic world, the form of objects often dictates their functions and properties. Sustained efforts have been made in synthetic polymer chemistry research to allow the production of macromolecules with various linear and branched topologies.

However, a class of single-cyclic (or ‘ring’) and multi-cyclic polymers has been an ongoing synthetic challenge.

A wide variety of topological polymers, including not only single cyclic but also precisely designed multicyclic architectures of either fused-, spiro-or bridged-topologies, has now become obtainable through the ESA-CF process in conjunction with advanced synthetic protocols [1].

The work has led to the emergence of a new field of research into topological polymer chemistry, which holds great promise not only for enabling new insights at the frontier of basic polymer chemistry and physics [2], but also for revealing unusual properties and functions that result from cyclic topologies and are unattainable in either linear or branched counterparts [3]. 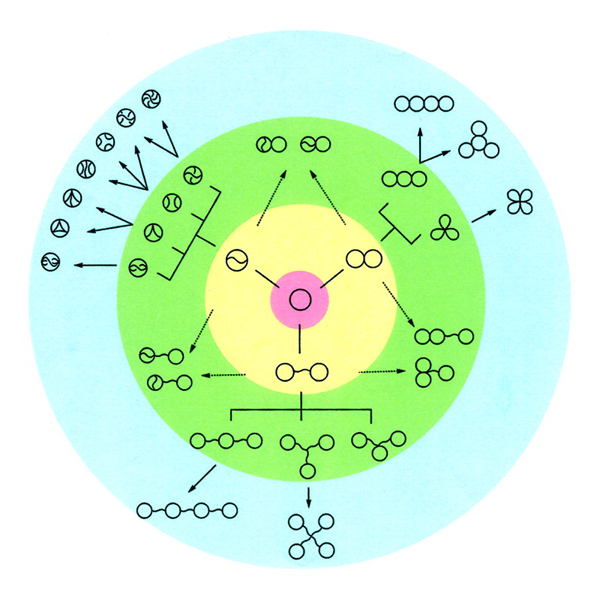