PRESTO, also known as "Sakigake" in Japanese, is a competitive grant program aimed at promoting fundamental research in areas where a strategic focus has been placed, based on scientific and technological, social and economic innovative needs that are necessary to keep the country globally competitive. The grant is awarded to individual researchers who show promising ideas for future innovations that have high potential to lead to the development of scientific technology and the creation of new industries.

The aim of Aono's selected research is to develop highly versatile nanoarchitectonic computers by looking at the tremendous computational powers of biological systems for clues to a paradigm shift in computation. Aono formulated a new computational model, the "amoeba model", inspired by spatiotemporal oscillatory dynamics of a primitive single-celled amoeboid organism (Physarum polycephalum) that exhibits sophisticated computing capabilities in adapting to its environment efficiently. The amoeba model can be used to solve highly complex combinatorial optimization problem, the satisfiability problem (SAT), at a speed that is dramatically faster than one of conventionally known fastest stochastic local search methods. This has application implications in a number of socially important ways such as in artificial intelligence, information security, and protein structure prediction. By implementing the amoeba model using various nanodevices, Aono aims to systematize a methodology for developing ultra-compact and ultra-low power-consuming devices with ultra-fast computational speed.

To elucidate ELSI's research question of how life originated in the early Earth, a systematic experimental study is carried out to explore how proteins with catalytic function and self-replicating RNA appeared under the early Earth's environmental conditions. Protein and RNA are assembled as long sequences of polymerized amino acids and nucleotides respectively, but the number of combinations in the sequences is enormous. Aono believes that the advantageous computational capabilities of the amoeba model will be useful for exploring broad sequence spaces to understand how proto protein and proto RNA emerged, leading to the narrowing of the experimental conditions significantly. This will accelerate the origins of life study greatly. 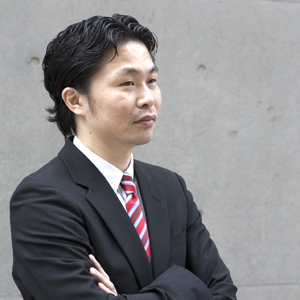