At the beginning of the meeting, President Mishima expressed his gratitude to H.E. Mr. Mihnea Cosmin Costoiu for his visit to Tokyo Tech. President Mishima gave a brief overview of Tokyo Tech. Dr. Tetsuya Mizumoto, Vice President for Education, gave a presentation about Tokyo Tech's education system. After a question-and-answer period, Dr. Toyohiko Yano, Director of the Research Laboratory for Nuclear Reactors (RLNR), briefly introduced the RLNR and its policies for exchanging students and researchers.

Minister Costoiu and his group introduced Eli-np (Extreme Light Infrastructure Nuclear Physics) built by the EU. Minister Costoiu commented that they would like to be engaged in Eli-np research not only with the EU but also with Japan. 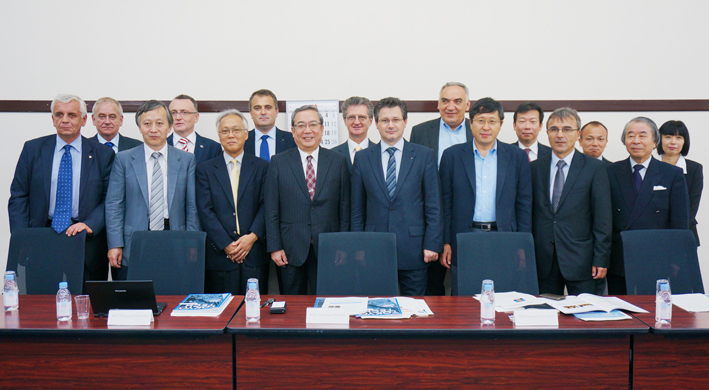