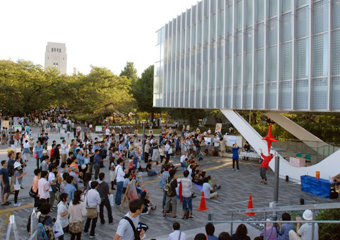 On October 12 and 13, Tokyo Tech Festival was held at Ookayama Campus.
The Campus was transformed into a street festival with various food stalls, lively performances and displays by the numerous university clubs and laboratories.
On the evening of the second day, the voting results for the "Grand Prix 2013" were announced.

The Open Campus was held on the same day and many prospective students attended briefing sessions and tours of the campus.