The awarding of the Tokyo Tech Award for Student Leadership for the 2013 academic year took place in the Office of the President on October 24. The award seeks to cultivate global student leaders from among 2nd-, 3rd- and 4th-year undergraduate students. Every year since 2002 students with abundant intelligence, creativity, energy and comprehensive abilities as human beings are presented with the award in order to encourage them to continue in their studies. At the ceremony, President Yoshinao Mishima awarded the students with their certificates and extra prizes. At the conclusion of the ceremony, recipients had a pleasant talk with the president, executive vice presidents and deans. 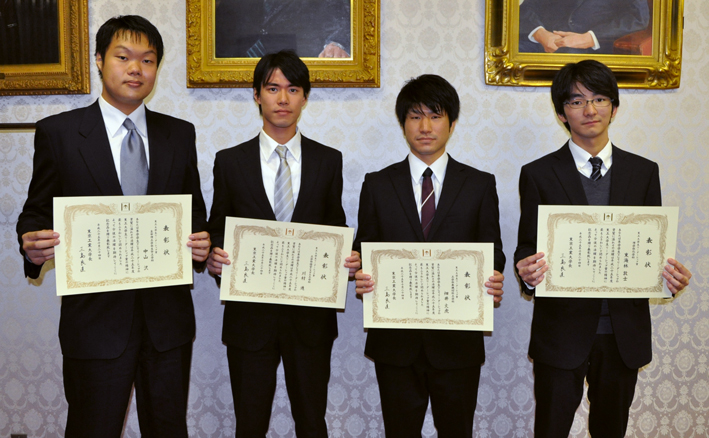