JUGTECH (Tokyo Tech Juggling Club) participated in the Japan Juggling Festival 2013 held in Shizuoka. Tetsundo Kumamoto, a student of the Graduate School of Bioscience and Biotechnology won the Championship in the solo male section. 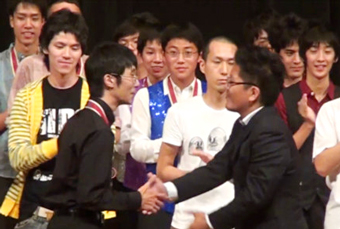 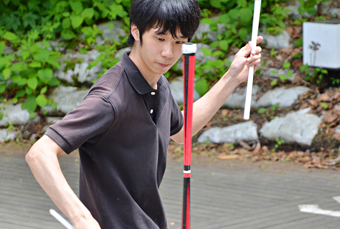 Japan Juggling Festival is one of the most popular juggling competitions in Japan where jugglers gather from all over Japan and compete on juggling technique, originality and performance.

"It was a great pleasure to perform in the finals and I was so surprised to win the championship. This is a result of enjoying juggling with the members of JUGTECH."