A ceremony was held on November 19, 2013 to celebrate the completion of the Midorigaoka Bldg. 6 at Ookayama Campus. The construction started in May 2012 and one year and five months later the building was completed. Midorigaoka Bldg. 6 is a four-story reinforced concrete structure with a basement. Its exterior is a checkerboard of earthquake-resistant walls. 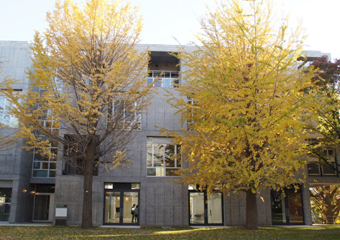 Midorigaoka Bldg. 6 viewed from across the lawn in the Midorigaoka Area

The multipurpose space on the first floor, Midorigaoka Hall, will host various Tokyo Tech events such as meetings, lectures, thesis presentations and seminars to promote activities of the departments based in the Midorigaoka Area. Laboratories with meeting spaces and lounges for exchange are located on the second, third and fourth floors.

The opening ceremony was held on the first floor of the building in the Midorigaoka Hall. The hall is constructed on the same level as the lawn outside which allows for the integration of the two spaces for events.

At the ceremony President Yoshinao Mishima gave an address, which was followed by an architecture talk from one of the design architects of the Midorigaoka Bldg. 6, Professor Shinichi Okuyama of the Department of Architecture and Building Engineering in the Graduate School of Science and Engineering. Another design architect, Professor Toru Takeuchi of the same department, gave a talk from a structural perspective. President Mishima, Executive Vice President Kiyoshi Okada, Professor Okuyama and Professor Takeuchi cut the tape at the ceremony. Afterward, a tour of the building was given so that those present could see the bright and open floors. 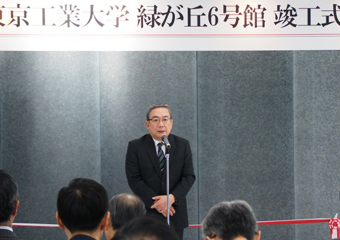 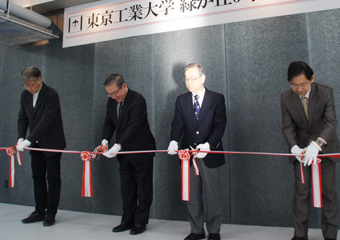 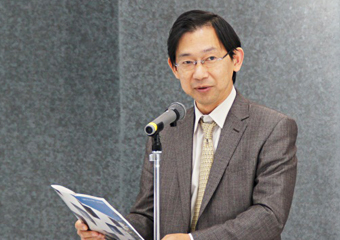 Tour of the building 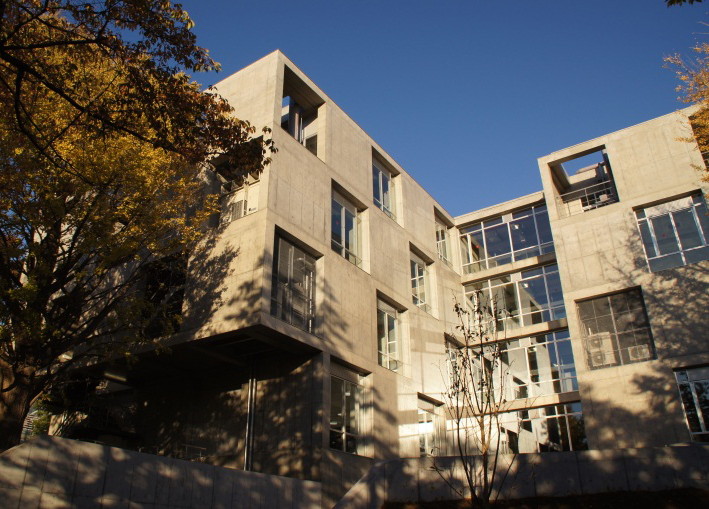