Tokyo Tech students won three awards, including a Gold in Project Awards, at the BIOMOD 2013, the International Bio-Molecular Design Competition.

BIOMOD is a bio-molecular design competition in which undergraduate students engineer biomolecular systems on the nano/micrometer scale over the summer, and then compete with international teams in presenting their research results at the Jamboree the following November. It is regarded as the Robocon of biomolecules. Now in its third year, the BIOMOD 2013 Jamboree was held on November 2-3 at Harvard University. No restrictions are placed on design systems and the presentations included various projects such as nanosized 3D-structures, nanosized biomolecular motor systems, biomolecular computers and biomolecular robots created with DNA, RNA, protein and other materials.

Tokyo Tech's team, Team Platanus Symphony, was comprised of nine 3rd-year students from the School of Bioscience and Biotechnology and the School of Engineering, who are currently enrolled in the Creative Design for Bioscience and Biotechnology II course. With the use of DNA nanotechnology, the team presented two functional subsystems of their cosmetics-oriented biomolecular system: UV-Tuning Nano-Parasol and Controllable Optical Makeup. In the UV-Tuning Nano-Parasol subsystem, a cellular-scale sunshade system autonomously adjusts to maintain the level of suntan desired according to a predetermined user-defined threshold of allowable UV exposure. In the Controllable Optical Makeup subsystem, users can select and easily change a variety of structural colors according to their needs and preferences. Generally, research on high-functional biomolecular systems is usually associated with medical applications such as drug delivery systems. However, Team Platanus Symphony presented an innovative concept by applying their research to the field of cosmetics in order to enhance people's lives and enrich cultural experiences through various molecular controls.

As a result, Team Platanus Symphony won three prizes: a Gold in Project Awards, 3rd place in the Best YouTube video, and Best T-shirt. In order to accomplish this feat, the students needed to excel in all elements, which include computer molecular design, prediction with mathematical models, system construction based on experiments, logical project documentation and the giving of an exceptional presentation in English. The three prizes symbolize Tokyo Tech's globally-acclaimed student competence as well as show strong international recognition of the team's innovative ideas in this academic field. 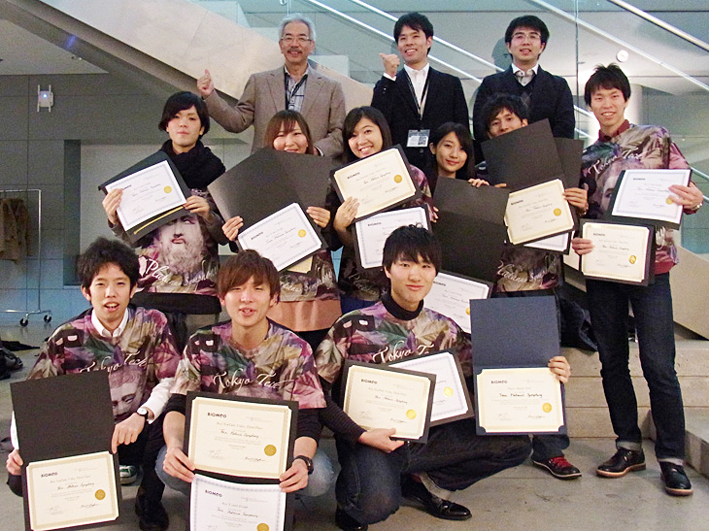