Vice Provost Berthelot and President Mishima gave brief overviews of their respective institutes. Then they exchanged information and opinions on various topics such as education, academic-industrial collaboration, employment opportunities for students, and the future of their institutes.v

After the meeting with President Mishima, Vice Provost Berthelot met and talked with several deans and professors from leading programs at Tokyo Tech in order to strengthen mutual understanding between the two universities and explore opportunities for potential engagement in research and education.

Tokyo Institute of Technology and Georgia Institute of Technology have been fostering the mutual exchange of students and researchers since 2001. In addition, Tokyo Tech has been collaborating with Georgia Tech in the TiROP program which was first implemented in 2012 under the "Re-inventing Japan Project," funded by Japan's Ministry of Education, Culture, Sports, Science and Technology (MEXT) to promote international exchanges.

Through this visit, it is hoped that Tokyo Tech and Georgia Tech will continue to nurture their well-established partnership into the future. 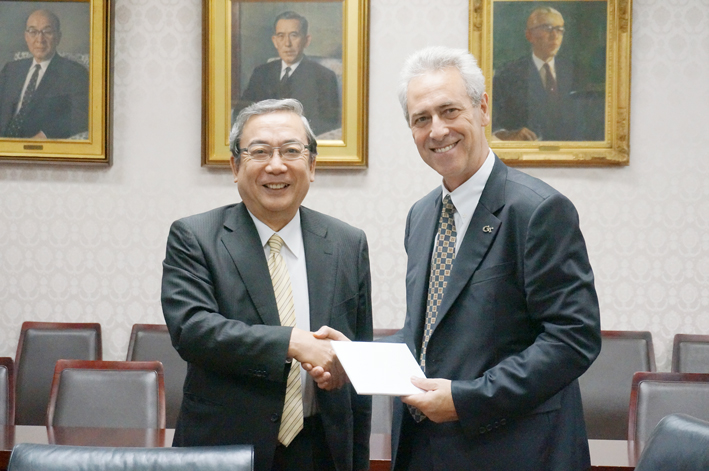