Chor Kleines, a choral group at Tokyo Institute of Technology (Tokyo Tech), won both the gold medal and the Award of the Minister of Education, Culture, Sports, Science and Technology (MEXT) in the university youth category in the 66th National Choral Competition held at the Chiba Prefectural Cultural Hall on November 23. This marks the sixteenth year in a row that Chor Kleines has won the gold medal.

The National Choral Competition originated in 1948 when the Japan Choral Association was established and has been held every year since then in the fall. It is organized into three divisions: middle school; high school; and, university, company and community. In 2013 this last category was further divided into university youth (under 28 years old), chamber chorus (6-24 members), male or female chorus, and mixed chorus (more than 25 members).

Upon receiving the awards, Shusuke Sato, president of Chor Kleines and 3rd-year student from the Department of Chemistry in the School of Science, commented, “Chor Kleines won the gold medal and the MEXT minister award at the National Choral Competition held in Chiba. Additionally, it was selected as a seeded choir and will participate in next year's National Choral Competition. Our approximately 150 members dedicated themselves wholeheartedly to winning the competition and I am very happy with the results. I would like to express my sincere gratitude to the Tokyo Tech community, especially Chor Kleines alumni, who supported us. On Thursday, December 26 we will give the 48th Chor Kleines concert at the Sumida Triphony Hall. This year is the 50th anniversary of the foundation of the chorus club and we will sing Requiem, which includes Sanctus, one of the pieces we sang in the 66th National Choral Competition. Requiem was the first commissioned piece Chor Kleines ever performed and was composed by Teruaki Suzuki. Please come and listen to one of Japan's best choruses.” 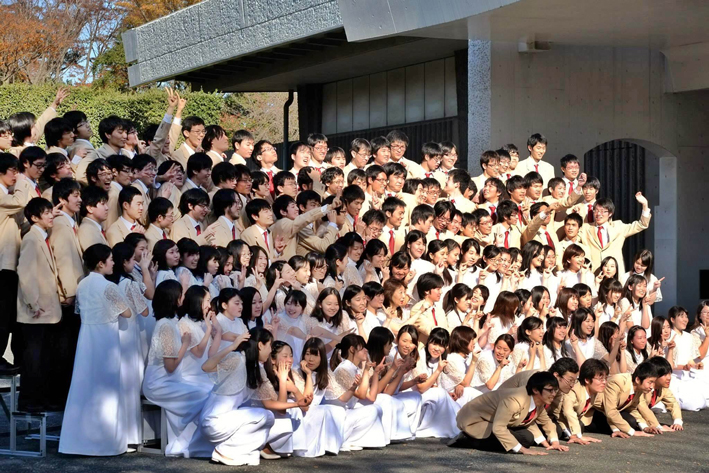