President Mishima talked about the necessity of education reforms to produce human resources who will contribute to the betterment of Japan and the world. The reforms are scheduled to be fully implemented by April 2016. 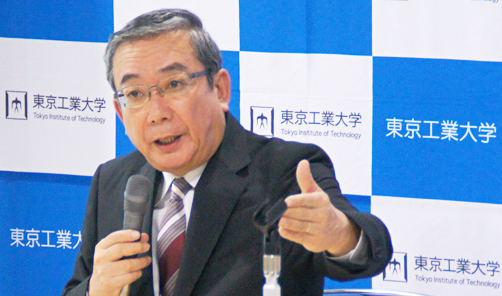 Tokyo Tech will carry out education reforms according to the following three pillars.

Build the Education System of One of the World's Top Universities