The GALAXY Volunteer Club is a social action program sponsored by Samsung Electronics Japan Co., Ltd. to support the volunteer activities of undergraduate and graduate students for the betterment of society. The program seeks students who exercise creativity and possess a spirit of embracing challenge in planning meaningful activities utilizing the GALAXY Note II, Samsung's smartphone. In its inaugural year, 78 students forming 19 teams from across Japan participated in the program, engaging in volunteer activities for the seven-month period from June through December in accordance with their team's plan.

Interim report presentations were made by participating teams in September and at the final report presentations in December one team was selected for its outstanding performance. Both the winning team and the participating individual who acquired the most “Likes” on Facebook will be invited by Samsung on a tour of the 2014 Winter Olympics in Sochi, Russia in February in order to have the opportunity to witness the Olympics, a celebration of peace, and experience international perspectives.

On December 14, the final report presentations were made at Waseda University and the Tokyo Tech student team took first place in the GALAXY Volunteer Club 2013. The team was awarded the invitation to the 2014 Winter Olympics. The team's presentation showed how they developed an application to help the Photo Rescue Project's volunteers at Tokyo Tech return restored photos to their owners who were victims of the Great East Japan Earthquake. 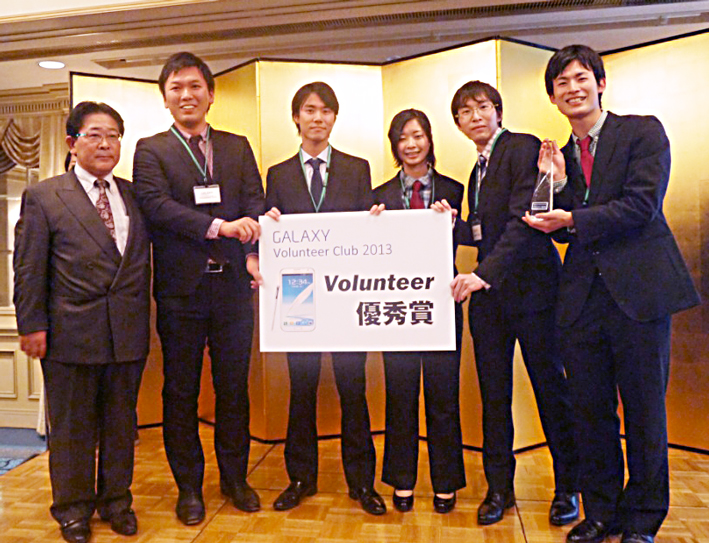