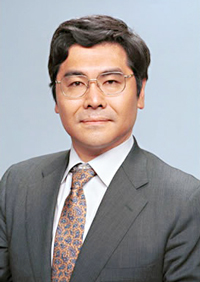 Professor Shin-ya Koshihara of the Department of Chemistry and Materials Science, Graduate School of Science and Engineering, has been honored with the Humboldt Research Award.

The German government's internationally acclaimed Humboldt Research Award is presented by the Alexander von Humboldt Foundation to renowned researchers from abroad who have had and are expected to continue to have a lasting impact in their field. The award is not restricted to any particular academic discipline and allows the recipient to conduct research in Germany on a research topic chosen by the researcher and a collaborating partner at a host institution. Each year, up to 100 researchers receive the Humboldt Research Award which is viewed as one of the most prestigious academic awards in Germany.

Professor Koshihara was honored with the award for his research in photoinduced cooperative phenomena (photoinduced phase transition). In this area he is highly recognized for two discoveries which in turn led to the discovery of new materials.

1
Koshihara proposed a new phenomenon, photoinduced cooperative effects. Additionally, in tandem with synthetic chemists and semiconductor researchers, he led the world in the discovery of many materials which show dramatic changes in magnetic and dielectric properties, and conductivity with ultrahigh-sensitivity at high-speed during photoexcitation.
2
Koshihara developed a new technology indispensable for research in dynamic structural analysis by making complete use of ultrashort pulsed-particle beam sources combined with ultrafast laser light. As a result, he was the first in the world to discover photoinduced ferroelectric materials and a new phase transition controlled only by photoexcitation which is called the “hidden phase.”

Upon receiving the Humboldt Research Award, Professor Koshihara commented, “I am honored to receive this significant award. I would like to express my gratitude to the Tokyo Tech community and others, in particular to the young people, who supported my research. I earnestly followed my interest and desire to glimpse new things, and devoted myself to fundamental research with young researchers. I am surprised to receive such high acclaim, and at the same time feel responsible for the future development of this research. I will take this opportunity afforded by the award to discover Germany, meet researchers from around the world, and work hard while embarking on a voyage to a new world of science with only a rough chart in hand.”