The Tokyo Institute of Technology (Tokyo Tech) student team, binding.pry, advanced to the 2014 ACM International Collegiate Programming Contest (ICPC) World Finals after competing in a qualifying Asia Regional Contest for a spot. According to the ACM-ICPC official website, “The contest fosters creativity, teamwork, and innovation in building new software programs, and enables students to test their ability to perform under pressure. Quite simply, it is the oldest, largest, and most prestigious programming contest in the world.” Teams from 120 universities selected at various regional contests will compete at the World Finals. Teams receive a problem set of eight to twelve problems involving real-world situations and must attempt to solve them within five hours.

The 2014 ACM-ICPC World Finals will be hosted by Ural Federal University in Ekaterinburg, Russia on June 22 - 26, 2014. This marks the third time a team from Tokyo Tech will compete in the finals. The other two times were in 2004 and 2013.

The following Tokyo Tech students make up the team, binding.pry. One of the students, Osamu Koga, was also a participant in the 2013 World Finals. 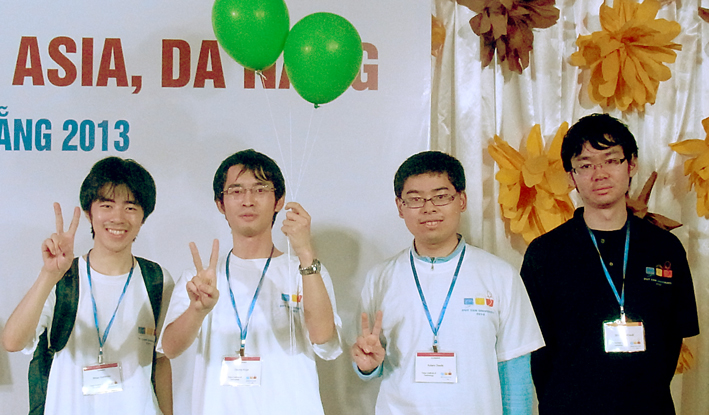 This article was updated on April 30 (error in student's name)