A study tour was held on December 25 - 26, 2013 in Atami City in Shizuoka prefecture for interested students. The 35 participants were students from the Topics on Japan I course, a Common Course for undergraduate students, and the Study on Japanese Companies and Industries I course for international graduate students. 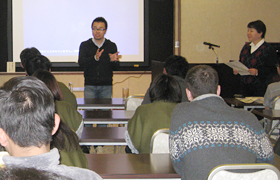 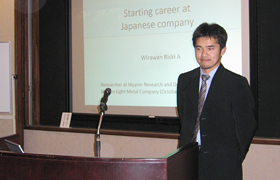 On day one, students visited the Asahi Breweries Kanagawa factory. In the evening, Tokyo Tech alumni working in Japan, Mr. Do Ngoc Hung from Vietnam and Mr. Riski A. Wirawan from Indonesia, gave presentations on job hunting, their current work and general advice to the students, which was followed by a group discussion.

On day two, Tokyo Tech graduate and mayor of Atami City, Mr. Sakae Saito, gave a lecture in English titled “Renewal of Atami.” He talked about the history of Atami, the city's current situation, challenges and political measures for the future, and his career including his experience of study abroad. He answered students’ questions politely, and presented his book Change Japan through the Development of Local Cities to each student. In the afternoon students were divided into five groups, and took a city tour with students from the International College of Tourism, Atami.

I hope to study abroad in the future. I am currently studying urban planning and projects in the Department of Social Engineering to become able to help towns develop economically. For me, Mayor Saito is a Tokyo Tech icon. His lecture on the history of Atami City provided me with useful information for my future research. His point of view can be applied not only to Atami, but to many other cities.

All in all the study tour was very inspiring and relaxing. Those who wish to work for a Japanese company should really give it a try. The cases of Mr. Do and Mr. Wirawan prove that there is a good chance to be accepted. I also hope that an enjoyable city like Atami will succeed in attracting more tourists. 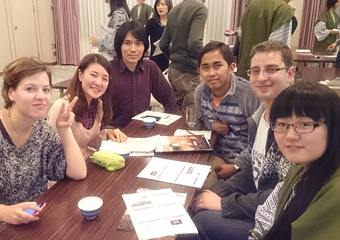 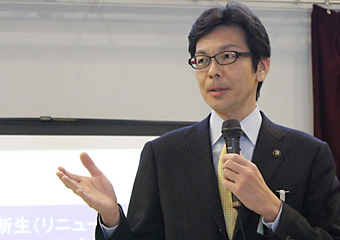