President Mishima made a courtesy visit to MIT

President Mishima, accompanied by a delegation including Dean of school of engineering, visited Massachusetts Institute of Technology, Boston, United States from February 27 to March 2, 2014. President Mishima paid a courtesy visit to President Reif at this time and exchanged opinions with him.

Tokyo Institute of Technology and Massachusetts Institute of Technology have School-to-School Agreements which encourage and support the mutual exchange of students and researchers between the two universities. In addition, Tokyo Tech has been collaborating with MIT in Tokyo Tech's TiROP program for the past three years. During his visit, President Mishima introduced Tokyo Tech's education reforms to be implemented in the 2016 academic year and exchanged opinions with President Reif about deepening cooperation and collaborative activities. Both presidents agreed that Tokyo Tech and MIT will continue to seek ways to enhance their interactions through further exchanges of information and opinions. 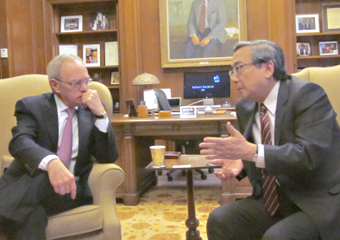 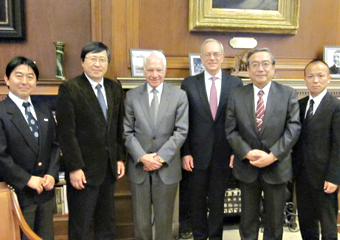