The 2014 Japan Prize Presentation Ceremony was held on April 23 in the presence of Their Majesties the Emperor and Empress of Japan at the National Theatre. Tokyo Tech's Honorary Professor Yasuharu Suematsu, a former president of the Institute, received one of the two prizes.

The Japan Prize is a prestigious international award presented to scientists and engineers whose original and outstanding achievements make a significant contribution to the development of science and technology thereby contributing to the betterment of mankind. Every November, the Japan Prize Foundation selects two fields for the award according to current trends in science and technology. The nomination and selection process takes about one year. The laureates, one from each field, are announced in January.

The laureate for the 2014 Japan Prize in the field of electronics, information and communication was Honorary Professor Suematsu for his pioneering research on semiconductor lasers for high-capacity long-distance optical fiber communication. The laureate in the field of life sciences was the Joy and Jack Fishman Professor of the Rockefeller University, Dr. C. David Allis, for the discovery of histone modifications as fundamental regulators of gene expression.

At the presentation ceremony the two laureates received a certificate of merit and a prize medal while researchers from home and abroad watched. The Emperor and Empress lauded their contributions. 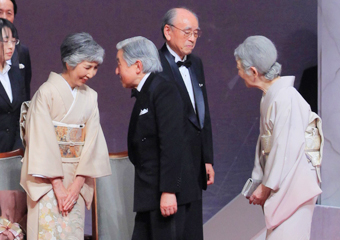 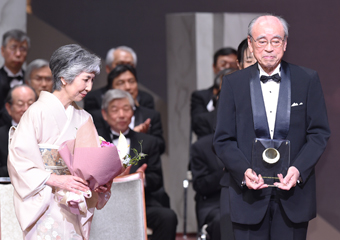