The Study Abroad Fair 2014 was held on April 18 at the Suzukakedai Campus and on April 23 at the Ookayama Campus. The fair is a popular annual event for those who are interested in studying abroad. The number of participating organizations and study abroad programs increases each year. 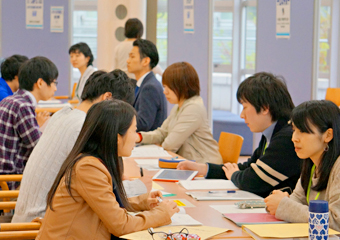 Individual consulting at the Suzukakedai Campus

Although the weather was unfavorable on April 18 at the Suzukakedai Campus, more than eighty students participated in the event and eagerly listened to explanations about the various programs and to presentations by students about their study abroad experiences.

After the presentations, participants moved to the lounge for one-on-one consulting at the various booths about the individual programs and universities. Participating students left the fair with a more concrete understanding of study abroad.

At the Ookayama Campus, in addition to the Tokyo Tech staff members who took part in the Study Abroad Fair at the Suzukakedai Campus, various external organizations representing foreign governments were present on April 23. On that beautifully sunny day, nearly four hundred students participated in the event. Students gathered at the venue soon after registration opened, and presentations were given in a packed Kuramae Hall with standing room only. 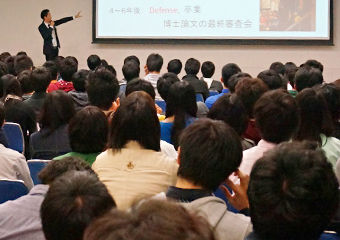 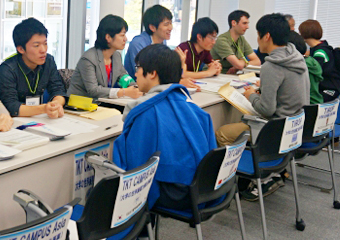 This year there were more booths for individual consulting and they were located on the 1st - 3rd floors of the Tokyo Tech Front. External organizations, Tokyo Tech's Foreign Language Advisory Center, and students who studied at partner universities had booths on the 1st floor in the Royal Blue Hall. Booths for Tokyo Tech's short-term programs were in the Gallery on the 1st floor; and, consultation booths with Tokyo Tech staff were on the 2nd floor. Student presentations and explanatory sessions for the Global Scientists and Engineers Course took place on the 3rd floor.

Having booths for individual consultation in four places this year gave students more opportunities to get information and enhanced the event. Students were reluctant to leave the venue when the fair ended, which showed their enthusiasm for learning more about study abroad.

The International Student Exchange Division fields questions regarding study abroad throughout the year. The office is located on the 5th floor of the Midorigaoka Building 3. 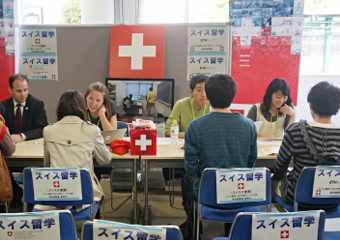 Consultations by country at the Ookayama Campus 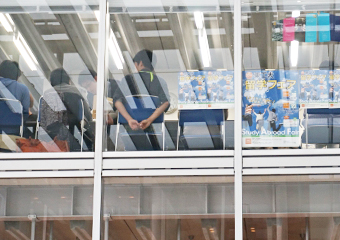