Using the model algae Chlamydomonas (2), it was discovered that lipid accumulation in phosphorus-starved cells differed from nitrogen starved cells, which has been conventionally known. The accumulation of TAGs (3) in phosphorus-starved cells was possible while also maintaining thylakoid membranes (4), where photosynthesis takes place. Focusing on genes, which expressions are increased under phosphorus starvation, a transformation system was constructed that could enhance the accumulation of lipids under phosphorus starvation conditions. It is expected that this system will be used in the future to not only enhance lipid accumulation, but also manipulate the kinds of fatty acids included in lipids.

The research was a joint effort with Mie Shimojima, assistant professor at the Tokyo Institute of Technology's Center for Biological Resources and Informatics, and Keiko Ikeda, technical staff at the Tokyo Institute of Technology's Biomaterial Analysis Center. The results of the research appeared in the English scientific journal “Plant Biotechnology Journal” volume 12 issue 6 on August 2014. The electronic version of the same was published on 9 June.

Professor Ohta received a Core Research for Evolutional Science and Technology (CREST) “Creation of fundamental technology to create bioenergy through the clarification and control of the functions of algae and water microbes” selection for this research, which was carried out as part of “strategic construction of algal lipid production system utilizing plant vegetative organs as a model.” 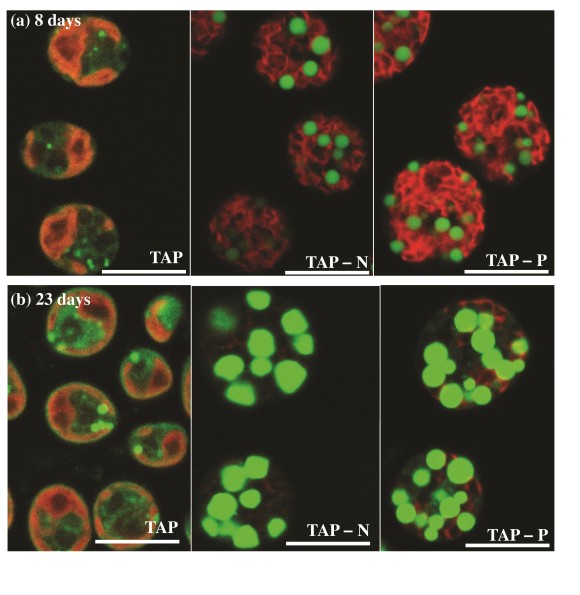