Associate Professor Michito Yoshizawa, together with Ph.D. student Masahiro Yamashina and others at the Tokyo Institute of Technology's Chemical Resources Laboratory, has demonstrated that the radical initiators used widely in the synthesis of polymers and organic compounds can be remarkably stabilized against light irradiation and heat through encapsulation by a molecular capsule (Figure 1). They have also revealed that the stabilized initiators can be used for usual polymer synthesis.

The molecular capsule used in this work has a one nanometer-sized cavity, in which one molecule of radical initiators (such as AIBN and its derivatives) is spontaneously and quantitatively encapsulated in aqueous solution. Normally, the radical initiators are unstable and generate radical species triggered by photo or thermal stimuli, so that they should be kept in the dark at low temperature to avoid photochemical and thermal decomposition. On the other hand, the encapsulated initiators in the capsule were significantly stabilized against light irradiation (up to 580 times) due to the light shielding effect of the capsule frameworks. Furthermore, the thermal stabilization of large AIBN derivative (645 times) was accomplished through encapsulation. The safely stored initiators are released spontaneously from the capsule in organic solution, and in the presence of monomers, polymers could be obtained in high yields through the generation of radical species by light irradiation or heat.

This study was achieved with support from the Funding Program for Next Generation World-Leading Researchers (NEXT Program) and the results were published on August 18, 2014 in the online edition of Nature Communications, a publication of Nature Publishing Group. 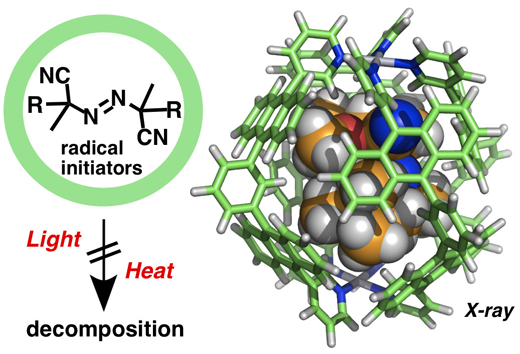 Figure 1. Photo and thermal stabilization of radical initiators within a molecular capsule.