The Academy for Global Leadership (AGL) held a 2-hour lecture on July 18 and a 2-day workshop on “Design Thinking” on July 19 and July 20 by inviting three tutors from Stanford University/Hasso Platters Institute of Design at Stanford (a.k.a. “d.school” ).

Design Thinking is the process of creating new value for society through methodological and conceptual processes. It was originated by the d.school, which was established in 2005 in order to foster innovators. The two main issues Design Thinking addresses are: “idea generation” beyond logic and the exploration of various elements to better understand users' needs. In Silicon Valley, a place which has developed various promising and emerging industries, special attention has recently been paid to Design Thinking concerning the improvement of the eco-system.

Approximately 200 attendees, including students and faculty members from Tokyo Tech, other university members and people from various industries comprised the audience for the lecture on July 18. The presentation was kicked off by three tutors, Thomas Both, Scott Witthoft and David Janka, who casually opened with an icebreaker activity prompting the audience to “tell your neighbors about what you like.” They then covered the five steps of Design Thinking: empathize, define, ideate, prototype and test. The tutors presented realistic examples previously used at d.school which were developed using Design Thinking. After the presentation, the three tutors and audience members engaged in informative discussion and had a Q&A session for about an hour. 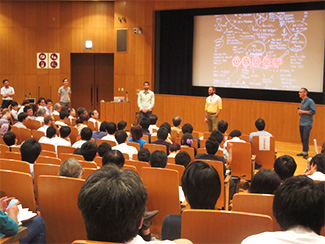 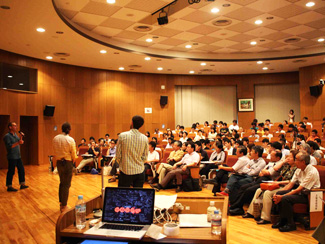 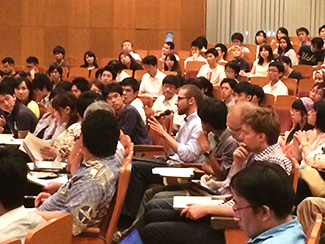 45 students from Tokyo Tech, Hitotsubashi University and Keio University joined the 2-day workshop. The theme of the workshop was “Redesign how it feels to be part of Jiyugaoka,” in which the students created and suggested new and valuable services/products as the result of understanding and exploring the needs of local people. Using information collected from interviews with the people of Jiyugaoka and under the guidance of the tutors, students proceeded using the five steps of Design Thinking and envisioned solutions to improve the area.

Design Thinking should be interpreted as a fundamental concept not only for designing new services and/or new businesses, but also for any kind of innovative activities including research work and NPO/NGO work. Through this workshop, the students were immersed in the world of “entrepreneurship.” 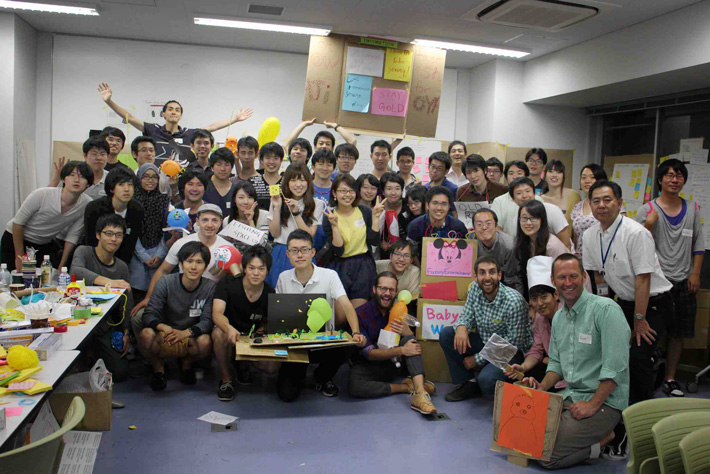 About the Academy for Global Leadership

The Academy for Global Leadership (AGL) was established in 2011 and has aimed to foster “Global Leaders” to build an international society. As of July 2013, about 35 students belong to AGL while also maintaining status at their own research department. Since last year, some students from Hitotsubashi University have also joined AGL.
AGL consists of two Dojos for Science and Technology and two Dojos for Humanities and Social Science. Students select one Dojo each and belong to AGL for 3-4 years until they receive their doctoral degree. Each Dojo is managed by a Dojo master and provides students with opportunities for learning leadership skills.
Yamada Dojo, one of the Dojos for Humanities and Social Science, claims that entrepreneurship should be the fundamental function of leadership, and Design Thinking should be the concept for supporting such “leadership.” In addition to the Design Thinking workshop, Yamada Dojo holds the workshop, “Future Foresights,” to enhance capability of idea generation, and another workshop, “Lean LaunchPad,” an advanced Design Thinking course which engages in customer development. In addition to those workshops, you will be able to find lectures and discussions with professionals from various fields including industry, government, mass media, and social institutes. Non-AGL students can join the Dojo as well on an ad hoc basis.