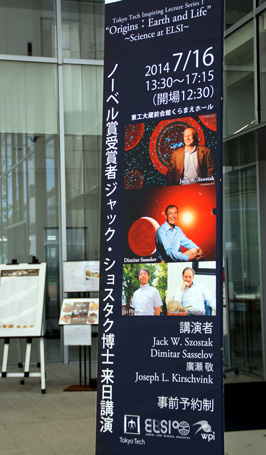 To introduce some of the exciting research that is taking place at Tokyo Tech, the Institute is holding a series of lectures called the Tokyo Tech Inspiring Lecture Series. The first event of this series was held on July 16, 2014 under the title “Origins: Earth and Life - Science at ELSI,” casting a spotlight on Tokyo Tech’s Earth-Life Science Institute (ELSI). ELSI aims to become an international hub for research in bioplanetology. Four world-renowned scientists connected to ELSI, including the 2009 Nobel laureate in Physiology or Medicine and ELSI’s principal investigator, Professor Jack W. Szostak, and ELSI’s director, Professor Kei Hirose, spoke about their latest research on the origin and evolution of the Earth and life.

Over 340 people pre-registered for the event, more than the seating capacity of Kuramae Hall at Tokyo Tech Front, and many more registered at the door on the day of the event. The diverse audience ranged from high school students to working adults. Lectures were given in English with simultaneous interpretation in Japanese. 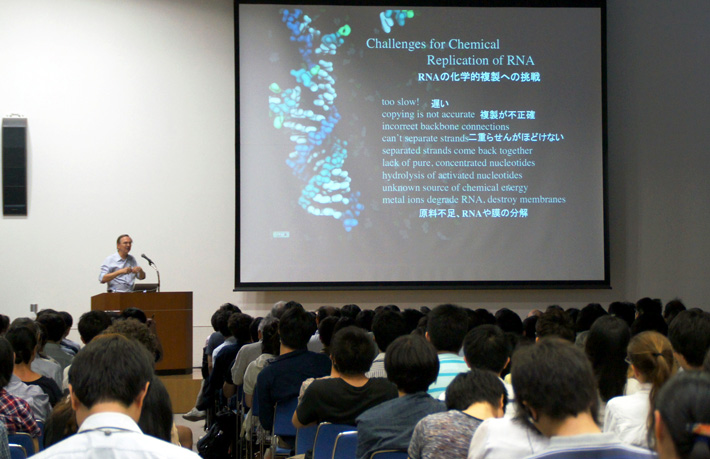 Researchers in the fields of earth and planetary science and life sciences have come together at ELSI to investigate the origin and evolution of the Earth. The researchers aim to understand the processes by which initial life emerged in the early Earth environment.

1. The origin of cellular life

2. Other Earth and the search for life beyond the solar system 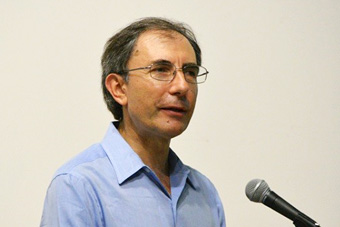 3. Origin of water on the Earth 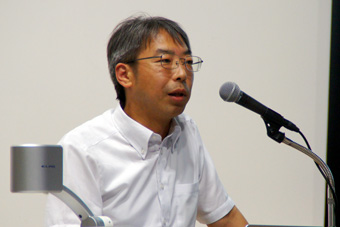 4. Mars vs. Earth - planetary constraints on the origins of life 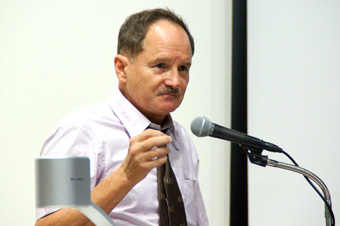