, which runs for 54 hours throughout the weekend, is a marathon event for pitching new ideas (one-minute presentations), team building, product development, customer development, and business planning. On the final day, the judges representing various industries decide on the relative merits of the concepts and products presented. This event is held all over the world in more than 110 countries, and is known to produce many new entrepreneurs.

The event held at Tokyo Tech was a Startup Weekend centered on the theme "Tech" for the first time in Japan, and 80 people participated. As the objective was to address businesses relating to science and technology, Tokyo Tech provided the latest scientific technology in areas such as osmotic pressure power generation technology, CO2 generators, kinesthetic sense devices, and paint that changes color depending on the cumulative number of hours it is exposed to ultraviolet rays. 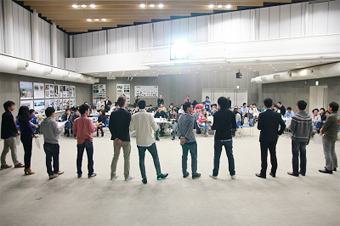 The program on the first day, November 1, started with a mini party that included a light meal. After the initial ice breaking and warm-up, the one-minute idea pitch commenced. Approximately 45 participants presented business ideas that they had prepared beforehand. After the presentations, participants collected information from one another and began gathering team members as they voted on ideas that they wanted to try out with other participants until 13 teams were eventually formed. 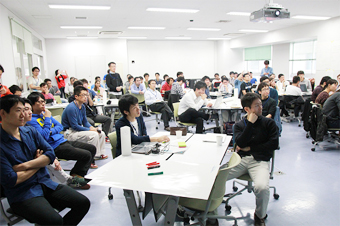 Start of the second day

On the second day, the event venue moved to the South Building 4 and commenced at 9 a.m. In the classroom that served as the venue, a generous supply of stationery and manual tools had been prepared, and a 3D printer and Kinect had also been set up. Mr. Dong Yol Lee, the facilitator of this event, started by giving a presentation. After an explanation of the objectives of the Startup Weekend, the judgment criteria, and MVP (minimum viable product) were explained through Mr. Lee's witty commentary, work began straight away. Grouping into their respective teams, participants launched into heated discussions about their target customers, what kind of value they would provide, and how they would achieve it.

The Startup Weekend also places importance on actual tryout of ideas, that is, to create and try a MVP capable of offering minimal value. On the second day, some teams produced MVPs straight away and went out to Jiyugaoka to conduct field research while a number of other teams conducted surveys via the Internet. During this time, the 3D printer was widely used. 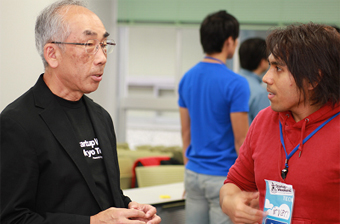 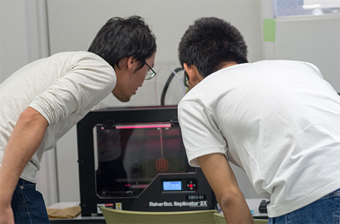 By the third day, as expected, fatigue began to show on the faces of some of the members. Once they had breakfast, however, the participants were wide-awake and ready to continue their customer verification.

With the four judges seated in a row, and the 80 participants and a number of observers present, the final presentations began at 5 p.m. Despite being somewhat nervous, each team presented its ideas in a dignified manner. In one team, a male member had spent the entire day wearing high-heeled shoes to physically experience the discomfort of women's shoes. Members of another team demonstrated a service that can be enjoyed by incorporating it into sports events, and another team introduced a wearable gadget (wearable terminal). There were also several teams whose presentation themes had changed from their initial idea pitch on the first day, and the repeated trials and robust discussions that took place during the two days were reflected in the team's efforts. Some teams presented ideas that drew explosive laughter from the entire audience in the venue, resulting in an extremely exciting final presentation.

Since the purpose of Startup Weekend is to experience entrepreneurship in real life situations, the judges asked pointed questions during the Q&A session, and there were some moments when tension in the venue was palpable. However, the judges were generous in providing information that would serve as a useful reference in business in the future. We believe that this information will also serve as a significant reference in the future not only in the area of entrepreneurship but also in a more general, broader sense. 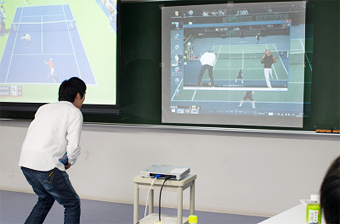 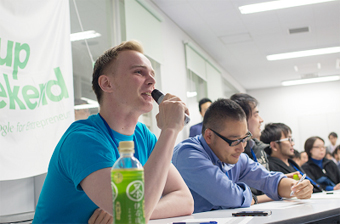 Once the nerve-wracking presentations were over, it was time to announce the winner and enjoy the party celebrating the successful completion of the event. The winner of the first SWTT was an employee welfare service for companies using bio-information. We understand that the first prospective customer has more or less made an informal decision regarding the product, and we look forward with excitement to future developments.

After the presentation of the prizes, Dr. Toshio Maruyama, Executive Vice President of Tokyo Tech, gave a toast to start the party celebrating the successful completion of the event. During the party, we could not help but notice that some of the participants looked visibly more relaxed after a tense weekend. We also noticed some participants asking for feedback about their presentations from the judges, and some team members discussing the next gathering. Through the excitement and enthusiasm that filled the venue, we were able to understand how meaningful this experience was for the participants.

In the end, Mr. Lee commented that Startup Weekend would continue in the future, and that he hoped the participants would link what they had learned from this experience to their experience next time. After everyone gathered for a group photograph to commemorate the event, the heated weekend event of 54 hours drew to a close. 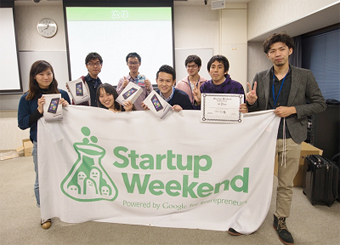 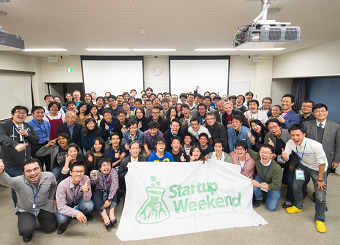 Group commemorative photo with all members

The next SWTT is scheduled to be held in April 2015. The Cross Border Entrepreneurship Education Program (CBEC) at Tokyo Tech will continue to support SWTT, and wishes to encourage all those who are interested to participate in the event by all means.