Skoltech is a private graduate research university established in 2011 in collaboration with MIT which aims to educate global leaders in innovation, advance scientific knowledge, and foster new technologies to address critical issues facing Russia and the world. 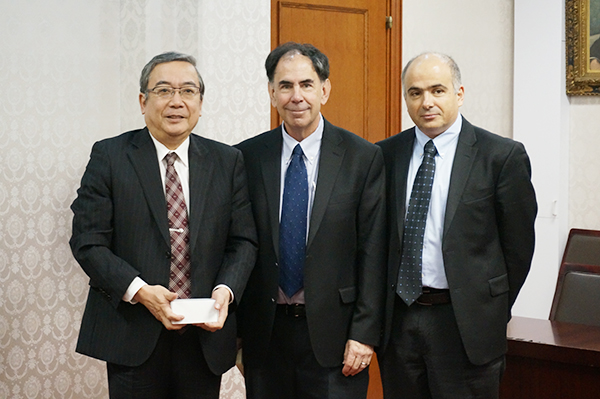 President Mishima and President Crawley gave brief overviews of their respective institutes. They then exchanged information and opinions on various topics, including research fields, academic-industrial collaboration, and the roles of their institutions in driving innovation.

After the courtesy visit, President Crawley and Professor Myagkov met Vice Presidents Mizumoto and Sekiguchi to discuss potential engagement in research and education. They visited the Collaboration Center for Design and Manufacturing and the laboratory of Professor Nobuyuki Kawai in the Department of Physics to get a better understanding of leading research activities at Tokyo Tech.

President Crawley's visit concluded with a seminar at the West Building. He explained the research fields, strengths, and goals of Skoltech in a speech titled "Building a University for the 21st Century". 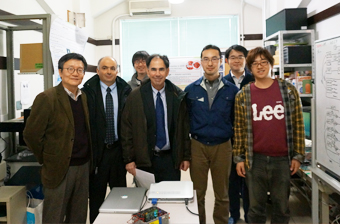 With students at the Laboratory of Prof. Nobuyuki Kawai (far left),
Department of Physics 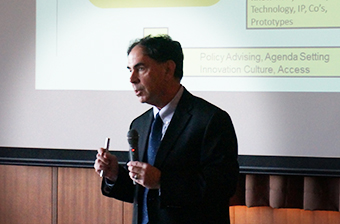 At the seminar "Building a University for the 21st Century"