The winter graduation ceremony for students in the Tokyo Tech-Tsinghua University Joint Graduate Program was held on January 27 at Tsinghua University (THU). In this program, Tokyo Tech offers graduate-level education leading to a dual master's degree in cooperation with THU, one of the leading universities in China. 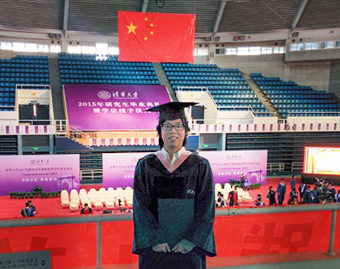 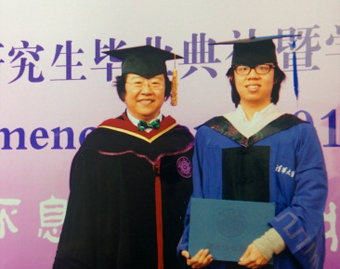 Graduation ceremonies are held in January and July at THU and in September and March at Tokyo Tech. Only one Tokyo Tech student of the 8th cohort was available to attend this January's ceremony. As is sometimes the case, other graduates from Tokyo Tech were unable to join the ceremony at THU due to their busy research schedules.

However, THU Professor Xin-Hui Xing, Chairperson of the Steering Committee and the Joint Program's Director of the Bioscience and Biotechnology Course, Professors Wang Zhao and Zheng Liu, and Associate Professor Jiang Guo Qiang kindly agreed to hold a simplified graduation ceremony during their visit to Tokyo Tech for a research exchange event. The ceremony took place on January 29 at the Suzukakedai Campus. 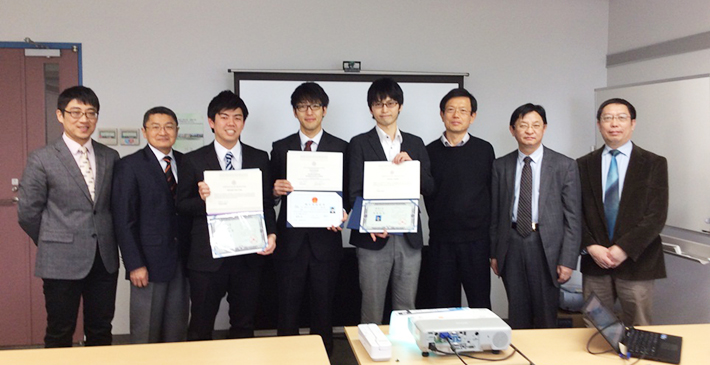 Conferring ceremony at the Suzukakedai Campus 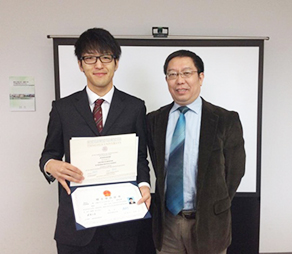 Although the graduation ceremony was small, the students expressed their appreciation as they received their certificates and diplomas from THU professors in person.