Prizes for Science and Technology are awarded in several categories including Development, Research, and Public Understanding Promotion. Among the recipients this year were two researchers with connections to Tokyo Tech, recognized for their research activities and outcomes.

In addition, the Young Scientists' Prize, given to promising scientists with remarkable research outcomes, a high aptitude for research and development, and research carried out from original viewpoints, was awarded to three Tokyo Tech faculty members.

The five recipients are as follows:

In contrast to conventional research in which materials possessing desired characteristics are obtained by modifying existing matter and materials, this research involves the creation of new materials such as lithium ion conductors, ferroelectric substances, electrical conductors, magnetic substances, and fluorescent substances followed by a thorough examination of the causes of their properties and functions. In the process of consolidating and establishing the idea, I was able to work directly with many students, staff members, and researchers inside and outside Japan to perform experiments and engage in discussions. I feel this award is the result of several published papers regarding this joint work. I would like to once again thank everyone involved. I will continue my research and I hope to report more important and valuable new materials. 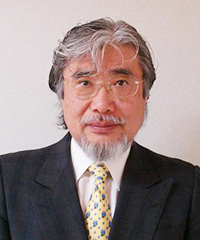 Conventional plutonium from nuclear reactors using uranium fuel is a source of energy for several thousand years, but is also a sensitive and problematic material, particularly if put to military use.

We have found it is possible to produce plutonium that is difficult to use for military purposes by adding a small amount of minor actinides (such as neptunium and americium treated as problematic "high-level radioactive waste") to the uranium fuel and performing nuclear transmutation with neutrons. We also demonstrated this production mechanism experimentally at two types of research reactors inside and outside of Japan.

This research has shown that minor actinides are not problematic "high-level radioactive waste," but in fact valuable treasures which can prevent military use of plutonium.

Applying the results of this research not only contributes greatly to the peaceful use of nuclear energy in the world hereafter, but is expected to play a part in the realization of "a world without nuclear weapons" advocated by U.S. President Obama. Additionally, nuclear waste will be reduced, contributing to the sustainable development of the human race.

I have been told that this research has been chosen for a Prize for Science and Technology (Research Category) for 2015, awarded by MEXT. It is a real honor, and I am thankful that I have been blessed with wonderful research colleagues as I pursue this research. My deep appreciation goes to Tokyo Institute of Technology, which has been supporting this research to this day.

Award-winning work: Research on the origin and vanishing process of water on Mars

Recent exploratory research has revealed that liquid water (oceans, lakes, rivers) had previously existed on Mars. I have been working on this research topic since 2010, with the goal of shedding light on the history of water on Mars, which is closely related to a life-sustaining environment.

What made this research unique was the systematic examination of residual water marks (comparing hydrogen isotopes) left on Martian meteorites, revealing the origin of water and the vanishing process of the oceans on Mars, something not known in past exploratory research. I was blessed with many colleagues from inside and outside of Japan, including Tokyo Tech graduate students, and was able to independently develop chemical analysis methods and data analysis models which became keys to furthering this research. I would like to take this opportunity to once again express my deep gratitude.

The outcomes of this research have elucidated the history of water on Mars, directly related to the formation and evolution of life, and I anticipate it to be strongly reflected in plans for future exploratory work seeking life on the red planet. I would like to push forward with research and educational activities, seeking Japan's first successful exploratory landing on Mars, and the world's first sample return mission to a satellite of Mars. 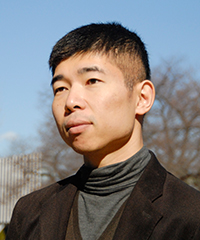 Gravitational waves are the ripples in the fabric of space-time predicted by Einstein. Distortion of space-time caused by astronomical phenomena involving changes in large mass, such as the vibrations of black holes and the merging of binary neutron stars, become waves and travel to Earth. We are constructing KAGRA, a large-scale telescope, to observe gravitational waves that have so far been undetectable.

We are aiming to complete the telescope around 2017, and I would like to press forward in creating a new field of astronomy utilizing gravitational waves.

This award was possible thanks to the cooperation of each of the over 200 members working on KAGRA. I am a systems engineer responsible for the integration of the various subsystems, from the excavation of the tunnel to the development of the sapphire mirror. I am impressed daily by the unending effort put into each subsystem.

Students in my laboratory have worked very hard, even staying in Kamioka, Gifu Prefecture where the telescope is being constructed to tirelessly assist in its development.

I could not have received this award without their cooperation. I would like to take this opportunity to also show my appreciation to the members of the department, the International Education and Research Center of Science, and the Tenure-Track System office who have been of great support to my research activities since my move to Tokyo Tech in 2011. 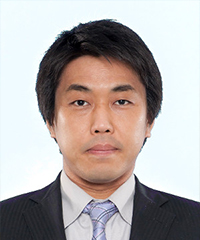 I have been involved in the research and development of surgical assist robot systems, mainly focusing on laparoscopic surgery. To allow for safer and more intuitive robotic surgery, we used a pneumatic forceps manipulator for procedures inside the patient's abdominal cavity and estimated the external force on the tip based on the pressure data, providing force feedback to the operator.

I am honored to receive such an esteemed award for this work. This is wholly a result of the support and cooperation of the people concerned, inside and outside the Institute, and I would like to take this opportunity to thank you from my heart. I will, with this as stimulus, devote myself to this all the more.