On the afternoon of May 13, the Nepalese Students' Association in Tokyo Tech (NESAT) organized a fundraising event for the victims of the Nepal earthquake in front of the Main Building of Ookayama Campus. 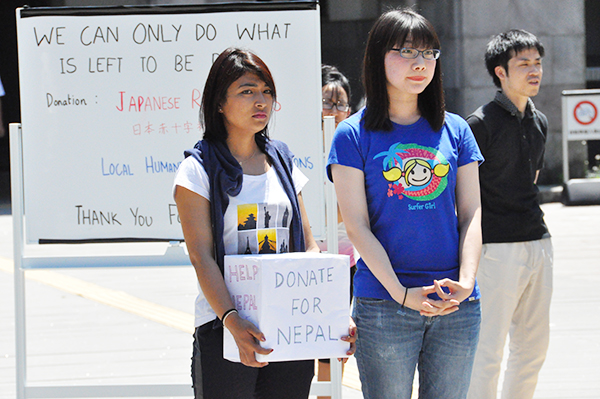 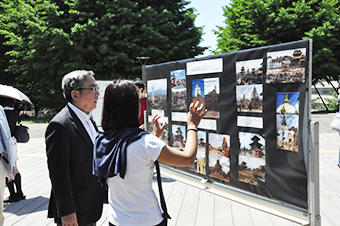 A devastating earthquake of magnitude 7.8 hit Nepal on April 25. This was followed by another 7.3 tremor on May 12, causing severe damage in 14 of the 75 Nepalese districts, including the capital Kathmandu. The disasters left thousands dead, displaced, and homeless. In an effort to provide relief to the affected people, Ms. Rajali Maharjan, a 2nd-year master's student of the Department of International Development Engineering, Graduate School of Science and Engineering organized a fundraising event with seven other Nepalese students from NESAT. The students conducted several fundraising activities individually in front of Ookayama and nearby stations and at events organized by Tokyo Institute of Technology International Students Association (TISA). The final fundraising event on May 13, titled "Pictorial Presentation on Nepal Earthquake," included pictures of damaged infrastructure, national heritage sites, and the devastation many Nepalese are facing. Organized together with several Japanese and international students, this event provided valuable information regarding the current situation in Nepal. With the help of President Yoshinao Mishima, faculty members, staff members, and students, 191,028 yen was raised on this day.

Total funds collected for the disaster victims exceeded the initial target of one million yen. Donations will be forwarded to the Japanese Red Cross Society, Bibeksheel Nepal, Kathmandu Lions Club, and local volunteer groups actively involved in relief distribution and reconstruction. The Nepalese graduate students studying at Tokyo Tech are originally from Tribhuwan University, the top science and engineering university in Nepal. While communicating with alumni from their home institution, they continue to search for the best ways to get donations to the appropriate destinations. NESAT students have a strong desire to contribute to the recovery and reconstruction activities in their home country. 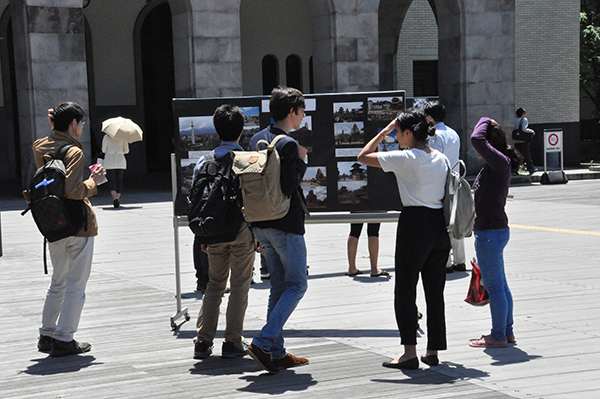 Students stopping to view the pictures 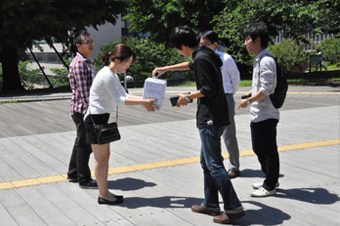