The Egypt-Japan University of Science and Technology (E-JUST) and Tokyo Tech entered into a formal partner university relationship for academic cooperation in May 2015. The Institute has university-wide academic cooperation agreements with 28 institutions in 105 countries and regions for the purpose of promoting international research and student exchanges.

E-JUST is a graduate university of science and technology established in Alexandria in 2010 by the Egyptian government, based on a bilateral agreement between Egypt and Japan. One of E-JUST's objectives is "to implement a state-of-the-art educational system based on Japanese academic concepts and founded on a laboratory-based, project-based, and problem-based learning system." 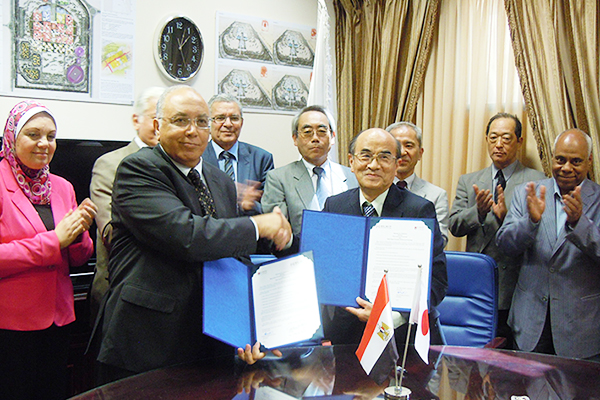 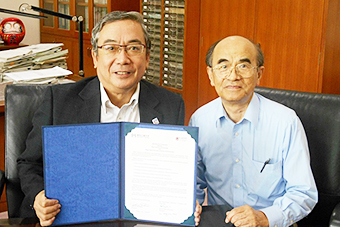 President Mishima and Professor Ichimura with the signed agreement

The agreement signing ceremony was held on May 25 at the office of the E-JUST President, with Institute Professor Teijiro Ichimura attending on behalf of Tokyo Tech President Yoshinao Mishima. Upon his return to Japan, Ichimura met the president and handed over the signed agreement.

The agreement will strengthen mutual cooperation in the fields of education and research, and enhance collaborative activities between Tokyo Tech and E-JUST.