A celebratory reception was held in Tokyo on June 18th, at the Canadian Ambassador's Official Residence, for Honorary Professor Yoshinori Ohsumi of Tokyo Tech and Professor Shimon Sakaguchi of Osaka University. Both Professors have been named as recipients of the 2015 Canada Gairdner International Award. Notable attendees of the event included Mackenzie Clugston, the Ambassador of Canada to Japan and John Dirks, the President and Scientific Director of the Gairdner Foundation. 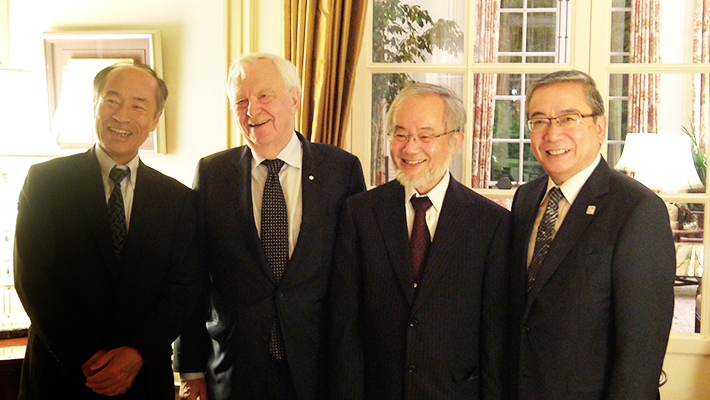 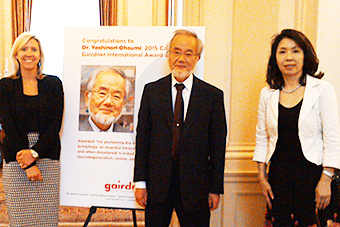 Following a welcoming address by Ambassador Clugston and an introduction of the achievements of the Japanese recipients, President Dirks praised the high level of life science research in Japan, mentioning that, up to now, 12 Japanese researchers had received the Gairdner Award. Professor Ohsumi said in his address, "When I first started my autophagy research, it was not easy to gain the understanding of people, and I was not even certain if my research would be useful. I am delighted that the area of my research is expanding into various fields after 27 years of research. As a researcher, I would like to again stress the importance of basic research."

Approximately 100 people attended the reception, including past Gairdner Award recipients as well as President Yoshinao Mishima and Executive Vice President Kiyoshi Otani. Everyone in attendance enjoyed the Official Residence's beautiful garden on a day of fine weather during an otherwise rainy season.

The Gairdner Awards will be presented in Toronto, Canada on October 29th, 2015. 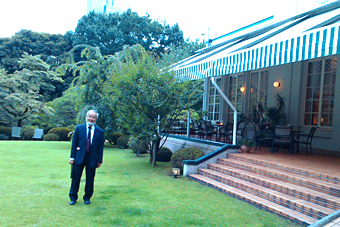 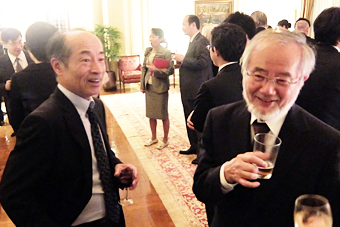