A collaboration between RIKEN, Tokyo Institute of Technology, University College Dublin, Kyushu University, and Fujitsu has again won top place for the K computer in the June 2015 Graph 500 supercomputer ranking, demonstrating the Japanese supercomputer's prowess in the area of data-intensive processing. The results were announced on July 13 at the international conference on high-performance computing (ISC2015) in Frankfurt, Germany.

The Graph 500 ranking is a relatively new benchmark, first issued in 2010, which seeks to gauge the ability of supercomputers on data-intensive loads rather than simple speed, with the goal of improving computing involving complex data problems in areas such as cybersecurity, medical informatics, data enrichment, social networks, symbolic networks, and modeling neuronal circuits in the brain.

To conduct the benchmark measurement, Koji Ueno of Tokyo Institute of Technology and RIKEN, along with colleagues, used 82,944 of the K computer's 88,128 compute nodes to solve a breadth-first search of an extremely large graph of 1 trillion nodes and 16 trillion edges in 0.45 of a second. With this achievement it gained the top place again with a score of 38,621 gigaTEPS, which is approximately twice as much as last time. The K computer, which was jointly developed by RIKEN and Fujitsu, was trailed by Sequoia at the Lawrence Livermore Laboratory in the USA, with a score of 23,751 gigaTEPS, and Mira at the Argonne National Laboratory in the USA, with a score of 14,982.

According to Ueno, who led the team, "In June last year we took the top spot with the K computer, but unfortunately we dropped to second place in the rankings of November that year. In response, we identified problems in the performance of our previous implementation and developed a new algorithm that allowed us to make some important improvements. As a result, we were able to achieve a major rise in our score. We are really delighted that we were able to reclaim the top spot. We will continue our efforts to see how far we can take the K computer."

The K computer's triumph under the new ranking shows that it excels not only at regular parallel computing but also at graph analysis, which relies heavily on irregular computations, and demonstrates the flexibility of K in application to a wide range of applications.

Kimihiko Hirao, Director of the RIKEN Advanced Institute for Computational Science, says, "We are very happy to have received this award. The K computer has consistently shown itself to be a very powerful instrument for data-intensive loads, performing well in this category. We plan to continue to use the computer's power to take on projects involving modeling processes that take place in the real world, contributing where possible to the improvement of society." 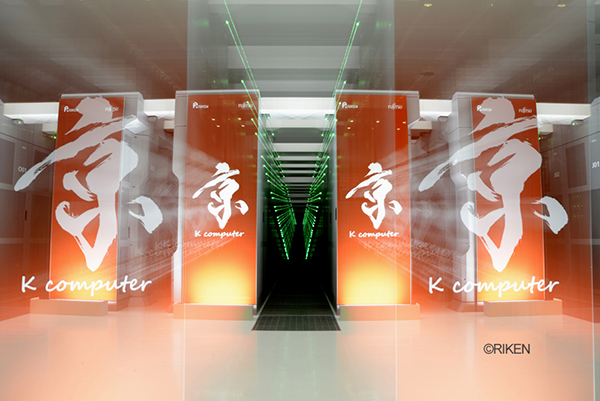 This article has been updated to correct a grammatical error on July 31.