Homemade bouillon, fresh green salad served with boiled chicken, juicy onion and potato gratin, and green tea jelly with sweetened azuki beans — anyone hungry yet? This was the menu at the 14th Cooking class held at Suzukakedai Campus on June 29. Making the most of the savory in-season ingredients Japan has to offer, participating students focused on preparing both tasty and nutritionally balanced dishes. 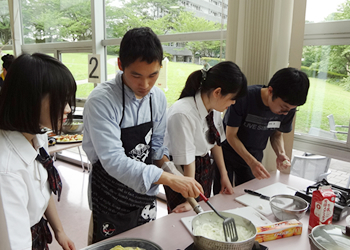 After examining the recipes and methods of preparation for each dish, students divided the various tasks among each other and the slicing began. The essential white sauce proved to be a challenge, but eventually a potato gratin baked to a golden brown emerged from the Cafeteria oven. In addition to guidance on cooking methods from the cafeteria staff, the students also heard explanations on nutritional value from the Co-op's managerial dietician.

The cooking class was once again a great success, with all participants enjoying the preparation and results together. Everyone was greatly pleased both with the dishes and the nutritional knowledge they acquired. 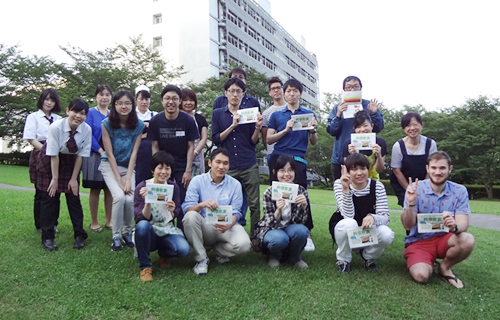