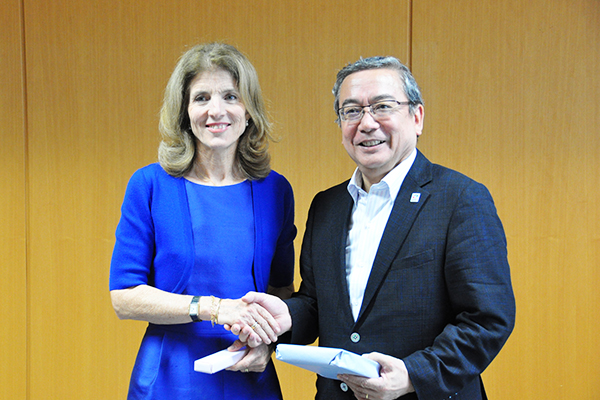 Mishima commenced the meeting by providing a brief overview of Tokyo Tech, and Executive Vice President for Education and International Affairs Maruyama described student mobility schemes at the Institute, including the Tokyo Institute of Technology International Research Opportunities Program (TiROP)

. Maruyama noted that the Institute hosts a larger number of international students relative to its size than other Japanese universities. In response to a question from the US Ambassador regarding the numbers of female faculty, researchers and students, Executive Vice President for Planning and Personnel Okada confirmed that Tokyo Tech is aiming to increase these numbers. Okada described institutional support for female faculty and researchers through the Gender Equality Center 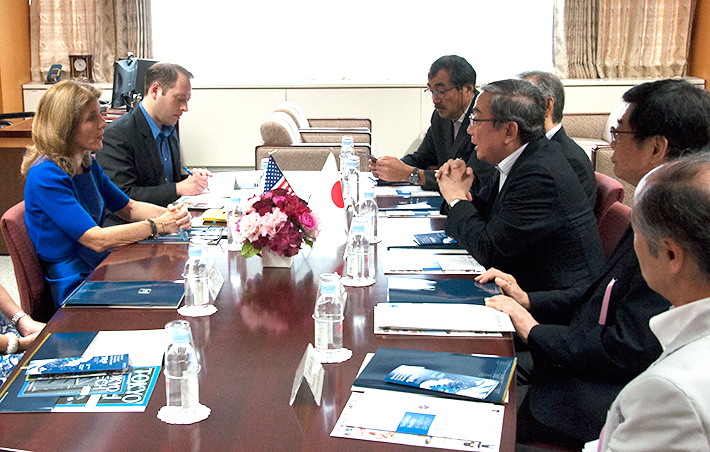 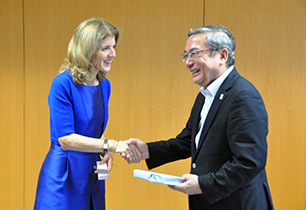 The President and Ambassador also discussed ways to promote further educational and research exchanges between US and Japanese universities. Mentioning the US Embassy's America Study Abroad EXPO scheduled for September 12, Kennedy expressed her hope that many Tokyo Tech students would consider study abroad opportunities in the United States.

Kennedy was on campus to share introductory remarks at a panel discussion on Women in Science, Technology, Engineering and Mathematics (STEM), which was organized under TiROP, the Institute's flagship program for student exchange.