A social event was held on July 3 to bring together students in the Tokyo Institute of Technology International Research Opportunities Program (TiROP) and regular Tokyo Tech students. Nineteen students from partner universities in the US, Europe, and Asia are participating in the TiROP Summer Program 2015, which is the inbound portion of a mobility scheme supported by the "Re-inventing Japan Project" of the Ministry of Education, Culture, Sports, Science and Technology (MEXT).

Tokyo Tech students, including those who previously participated in the TiROP outbound program, 2015 TiROP outbound participants, and students serving as peer advisers to inbound students conducted the event. A group of four such students planned and orchestrated the proceedings. Despite heavy rain, a total of twenty-one students participated. The event was organized in cooperation with the First Cafeteria at the Ookayama Campus, which kindly provided equipment for the games.

I was delighted to be one of the organizers of the event, which was aimed to promote social interaction between TiROP and Tokyo Tech students. During the first planning meeting, we discussed possible activities with a large group comprised of peer advisers, TiROP outbound students, Professor Jan Van Maele from KU Leuven, Belgium, and Tokyo Tech's Professor Jeffrey Cross. We elicited various perspectives about how best to encourage more interaction between students. 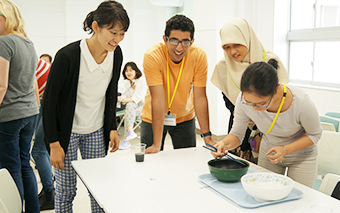 At the second planning meeting, we decided on the three games participants would play: a chopsticks game, charades, and a quiz game to test students' knowledge about Japan. We talked about what kinds of prizes would best represent Japan or Japanese culture, went shopping for these prizes, and created quiz questions about Japan. 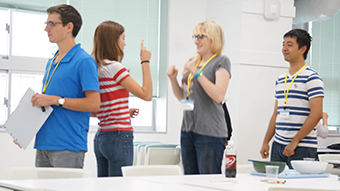 Thanks to the other organizers and the TiROP office staff, the event was a success. Students who rarely use chopsticks competed by transferring chocolate-covered barley puffs from one bowl to another as quickly as possible. Next, we played charades. It was amusing to watch students gesture that they were a ninja or Michael Jackson. It was particularly entertaining to see one of the students pretending to be a roller coaster. In planning the quiz questions, we thought the easiest question would be "In the animated TV series Pokemon, which character does Satoshi always carry with him?" That turned out to be one of the more difficult questions. We were surprised to learn that in the US version of the show, Satoshi is called Ash. At the end of the event, we took several group photos and were happy to have had such a good time together. 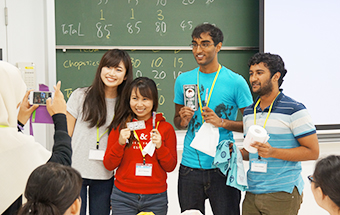 The event was a great opportunity to interact with people from various countries. I had a wonderful experience in the planning meetings, making the preparations, and participating in the event itself. By conducting cross-cultural activities like this, I not only learned about other cultures' values, but also broadened my horizons. When all is said and done, interacting with people from different cultures is a big part of developing cultural understanding. It is important to meet many different people while we are young and gradually expand our networks. Thank you, everyone! 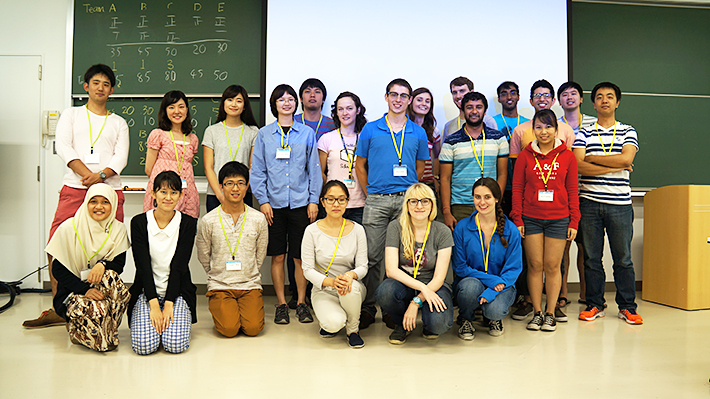