Iwata matriculated at Tokyo Tech's School of Engineering in 1978 after graduating high school in Hokkaido. While studying at the Department of Computer Science, he took on a part-time job at HAL Laboratory, a game software company.

In 1982 Iwata commenced employment at HAL Laboratory upon graduation from the Institute. He quickly became known as a genius programmer, contributing to legendary game creations such as the Kirby series. Iwata took the president's chair at HAL in 1993. 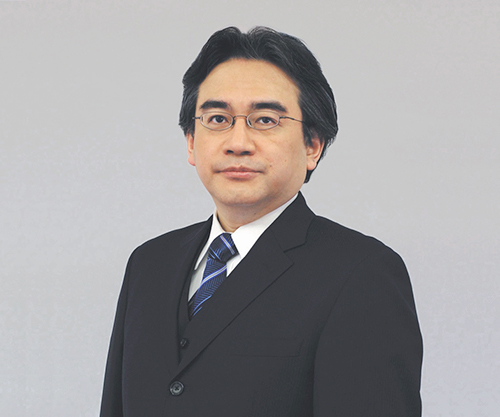 Iwata joined Nintendo in 2000 as a director. Under his leadership, the company developed the Nintendo DS, Wii, and other popular gaming products.

In 1978 when Iwata and I entered the 5th Academic Group at Tokyo Tech, I quickly got to know him as my name came immediately after his on the attendance register. We were in the same group for some electrical engineering experiments.

Iwata engaged in programming early on, honing his skills day and night with a Commodore PET 2001. That was before all-in-one personal computers made in Japan such as the MZ-80K and PC-8001 went on sale. Since personal computers were expensive at the time, no more than 10 students from the electrical field at Tokyo Tech owned one. Iwata's roommate would enjoy playing games on the computer in his room, an abode which also came to be known as the "Iwata Arcade."

He always demonstrated exceptional talent in software-related classes and programming, and was well-known for writing programs faster and more accurately than anyone else. Whenever I didn't understand something related to software, I just asked him for help.

I heard he assumed the presidency at Nintendo after taking a job at a video game developer, but I didn't have a chance to meet him for a long time after graduation. In 2012, we finally met at the 30th anniversary reunion, and that was the last time I saw him. I pray from the bottom of my heart that his soul rests in peace.

In 1981 when I was a doctoral student at Professor Hajime Enomoto's laboratory, which was engaged in the research areas of image processing and programming languages, Iwata joined us to do his graduation research. He studied the technique of recognizing mathematical expressions handwritten on a tablet by a microcomputer, and as a result developed programs with tremendous performance.

In retrospect, the graduation research was a functional prototype of the Nintendo DS — the handheld megaseller that recognizes stylus pen handwriting. Again, I was truly amazed at his foresight.

Iwata was cheerful in the lab and took good care of his classmates, already displaying glimpses of the leadership he later showed at Nintendo. I expected him to lead not only the world's game industry but also the IT industry. His untimely and sudden passing is truly regretful. I would like to offer my deepest sympathies.

Thirty-seven years ago I was a 1st-year high school student and, like others who were into game programming, frequented the microcomputer counter, particularly the PET 2001, at Seibu Department Store. There I met Iwata, a 1st-year undergraduate at Tokyo Tech, and we instantly hit it off.

HAL Laboratory was founded two years later by that same group of people who regularly met at the department store. They rented an apartment in Tokyo's Asakusabashi neighborhood and turned it into the company's "development section," often staying overnight to create games for initial 8-bit computers, MSX computers, and the Famicom (Nintendo NES).

Later, when I left HAL to engage in further research in a doctoral degree program, Iwata told me, "I will become a success in the game industry without fail, and you will no doubt succeed as a researcher." I knew he would, but I wasn't so sure of myself. I can say now that, through various fortuitous transpirations, I am a professor in the same field Iwata studied at Tokyo Tech.

Based on the success that followed, Iwata should be called the Japanese Bill Gates in the sense that he led a generation with his outstanding foresight. His early death is a huge loss, and my heart is heavy with sympathy. As an academic, my role is to do my best to educate natural talents like him in the future.