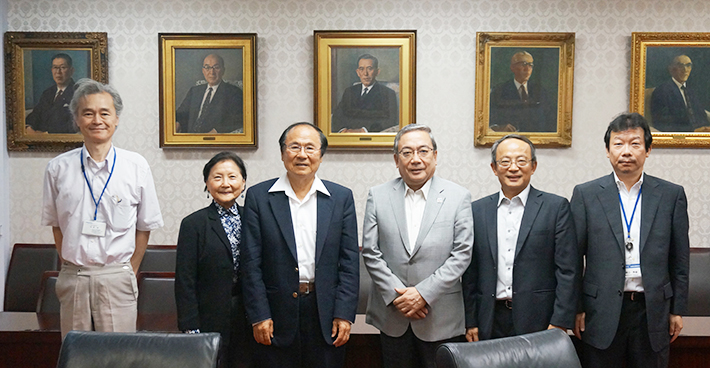 Tokyo Tech's President Yoshinao Mishima had previously met with Yang during a visit to the UC Santa Barbara campus, located 100 miles northwest of Los Angeles, in 2013. Home to 23,000 students, 70% of whom are undergraduates, and a faculty of 1,060, UC Santa Barbara is world-renowned for its pioneering research and outstanding academic programs.

The Chancellor and Mrs. Dilling Yang were welcomed by Mishima in a meeting at the president's office on August 26. UC Santa Barbara Professor and Associate Vice Chancellor for Research Tim Cheng and Tokyo Tech Vice Presidents Hidetoshi Sekiguchi and Isao Satoh also participated. Mishima shared updates on the education reform and described the Top Global University Project under which Tokyo Tech is strengthening its collaborations with the world's leading research universities.

Participants in the meeting discussed possibilities for increasing education and research exchange. The president and chancellor reiterated their commitment to research cooperation between Tokyo Tech and UC Santa Barbara, expressing hope that the Joint Symposium would serve as an impetus to expand faculty and student exchanges.

After the meeting, Chancellor Yang received a campus tour, including visits to the Institute Library

, the innovatively-designed Lecture Theatre, and the new home of the Earth-Life Science Institute (ELSI) 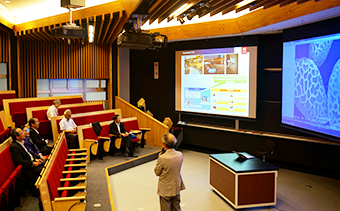 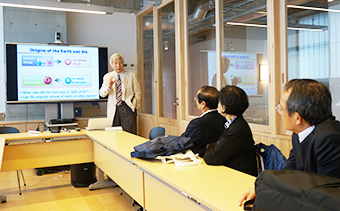