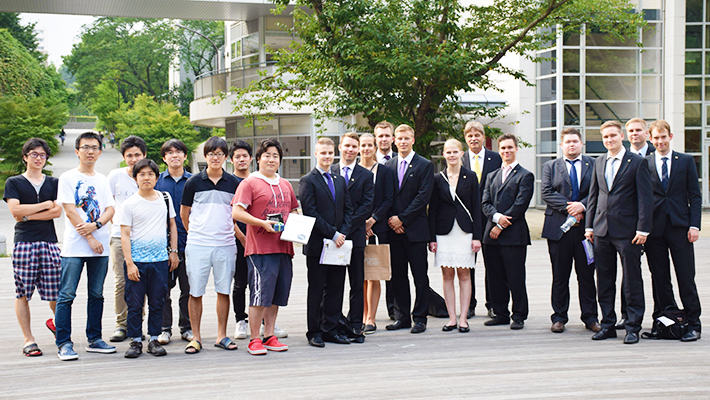 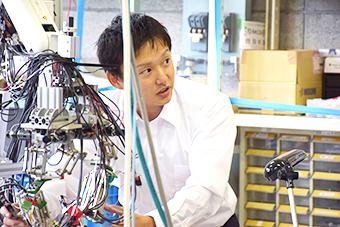 Aalto University was established in 2010 through a merger of the Helsinki School of Economics, Helsinki University of Technology, and the University of Art and Design Helsinki, three institutions with long histories and impressive track records in a country known to top the education rankings for developed countries. The reborn university is now turning heads as it aims to further innovate the Finnish higher education system.

Education in Finland is known to greatly promote student autonomy — the visit to Tokyo Tech was planned entirely by the students themselves. To match this, the group of Tokyo Tech representatives hosting the visitors was also comprised of only students, most of them on the doctoral level. 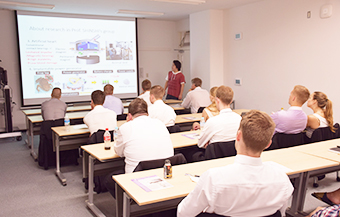 The 13-member Aalto group, led by student Tomi Nurmi, consisted of undergraduate and graduate students, and professors. They planned to visit numerous university laboratories and businesses in Japan, including Toyota Motor Corporation and Fanuc Corporation, before moving on to China on their 3-week Asia tour. The visit to Tokyo Tech proved to be a precious international experience for all those involved. 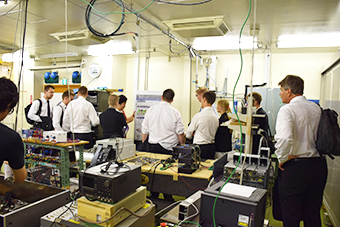 Explanation of research on laser machining 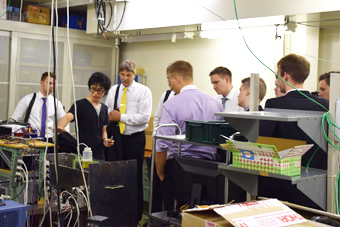 The following students from the Department of Mechano-Micro Engineering took the role of hosts during the visit: 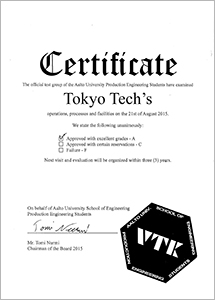 The creative approach to innovation at Aalto University is very impressive. The exchange of opinions was very fruitful because their efforts to integrate engineering, economics, and art students at Aalto is similar to our research program, a colloquium between medical practitioners and engineering researchers.

I sensed a closeness to Aalto University, formerly the Helsinki University of Technology — in addition to its strong education capabilities and substantial facilities, it is also experiencing a shortage in female students, just like Tokyo Tech. The Aalto students not only booked all the flights and hotels themselves, they also made all their appointments on their Asia trip. Their proactive attitude is something we can learn from.

I was both surprised and inspired by the Aalto students' ambition and ability to take action in planning and executing their trip. I am truly happy to have been able to participate in discussions with such motivated, active students.

This article has been updated to correct a typographical error on September 14.