Tokyo Tech has been selected as one of the National & Public Universities of East Japan Winners in the 2015 Nihon-Ryugaku Awards. The award is presented to higher education institutions in Japan which are recommended by faculty of Japanese language schools to exchange students as they prepare to enter a Japanese university. 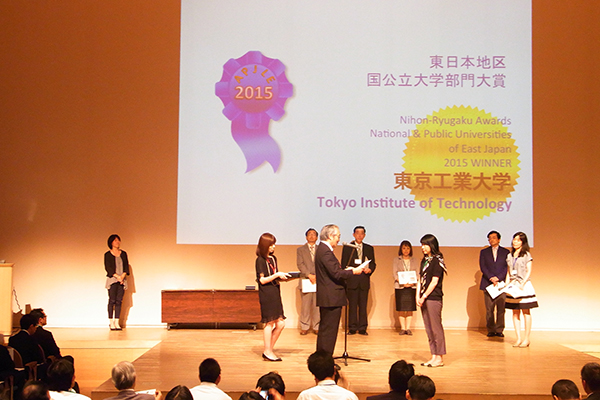 This year, Tokyo Tech was lauded specifically for:

The Nihon-Ryugaku Awards are sponsored by the Association for the Promotion of Japanese Language Education (APJLE). The awards began on a smaller scale in August 2012 when APJLE announced the results of a survey conducted among its own language schools regarding recommended universities for exchange students. 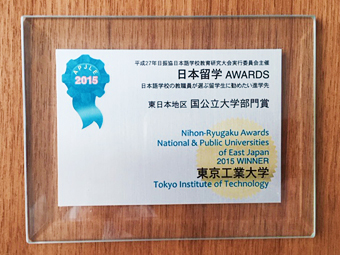 Today, over 400 Japanese language schools are invited to participate in the annual survey. Faculty members directly involved with student support from each language school cast their vote online, basing their selections on criteria such as Japanese language education, general education, and research environment and facilities. The top-ranked universities and colleges are announced at the summer APJLE ceremony. 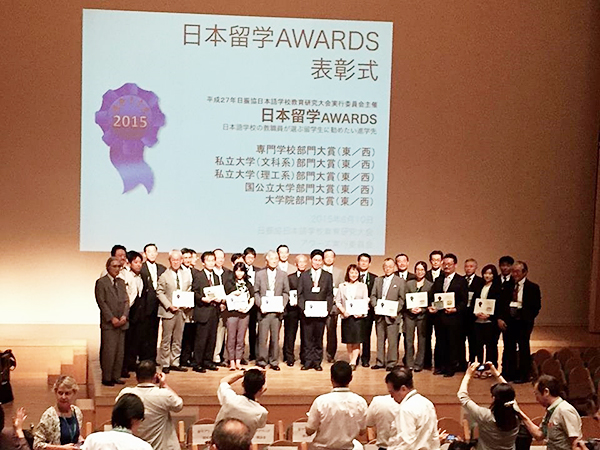 This article has been updated to correct a typographical error on September 24.