There are many pipes around us that require periodic maintenance, and endoscopes are highly effective for inspecting deep areas of small-diameter pipes.

However, such inspection is difficult to achieve in winding pipes of small diameter. Therefore, there is demand for in-pipe mobile robots that can move inside thin pipes.

The device consists of three elastic silicone rubber tubes that are twisted around a non-expandable thread and bonded. When these tubes are sequentially pressurized, the device exhibits helical rotation, and it moves along the axis of the pipe.

The 6 mm diameter prototype can move through several pipe diameters in the range 9 to 25 mm. The highest velocity is 45 mm/s in a pipe with a diameter of 20 mm. The prototype is highly flexible and easily passes through pipe elbows without special control. Moreover, the researchers confirmed that if the winding pitch varies, the outer diameter of the helix also changes. 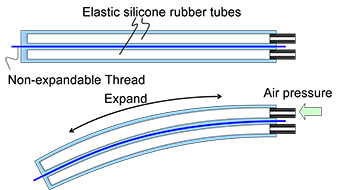 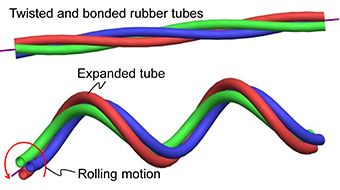 Figure 4. Procedure for making the device. 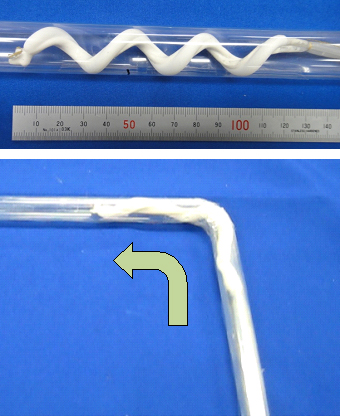 Figure 5. Progress in a small pipe.