As part of its Fundamentals of Humanities 2 course, the Academy for Global Leadership (AGL)

in London. The lecture, held on October 26 at Tokyo Tech's Lecture Theatre and open to the public, included a variety of participants from central and local governments, research organizations, and universities. 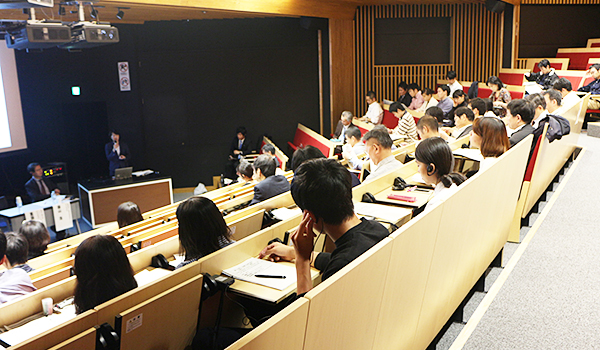 Opening remarks were given by Dr. Ko Fujiyama, a research producer at Shimane Prefectural Mountainous Research Center, and Professor Isao Satoh, director of AGL. Professor Satoh addressed the expectation that Tokyo Tech students, who mainly specialize in science and technology, need to show more interest in social issues and problem solving as candidates for global leaders in the future.

Ms. Cox began with a presentation on NEF's mission — the improvement of quality of life by promoting innovative solutions that challenge mainstream thinking on economic, environmental, and social issues. She then presented the Local Multiplier 3 (LM3), an easy and accessible tool developed by NEF to demonstrate the importance of local money circulation and strengthening local economies.

Environment policy implementation in local areas is closely linked to local economic and social issues. The second speaker, Dr. Fujiyama, presented the possibility of bringing one percent of both population and income back into local communities. He also explained the outline and prospects of the Ministry of the Environment-funded project "Evaluation of economic and social impacts of environmental policy and measure implementation," which includes the implementation of LM3 in local areas in Japan.

The panel session included local government officers from Kaiyo Town in Tokushima prefecture and Ikeda Town in Fukui prefecture, who discussed the current reality of local areas where the local money does not circulate, but rather flows out. The significance of strengthening local economies was also discussed in terms of modification of excessive globalization and unification of society under the current environmental limits. Tokyo Tech students, who actively participated in the discussion, were shown the importance of communicating with people of various backgrounds in order to tackle social issues. 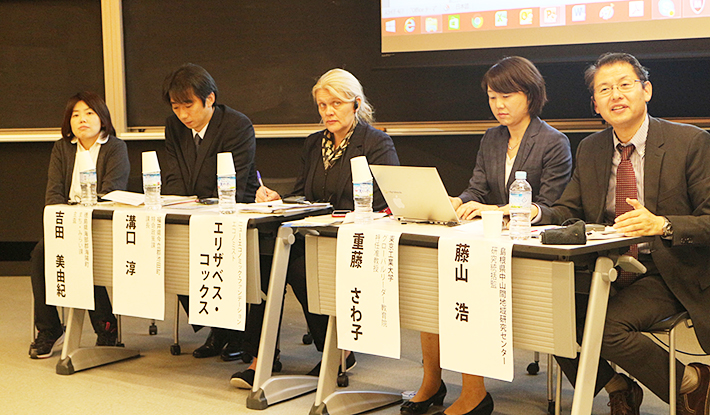