Exhibition of student notebooks from the early 20th century

Tokyo Tech's Museum and Archives recently ran "Notebooks — the quintessence of learning," an exhibition of notebooks that belonged to engineering students in the early 20th century. From October 10 to 23, a total of 6,474 visitors got the chance to view the pieces of Institute history. 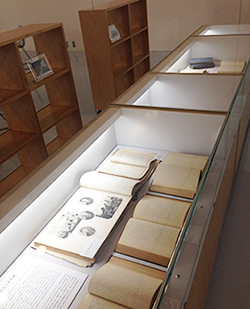 Tokyo Higher Technical School, Tokyo Tech's predecessor from 1901 to 1929, was a pioneer of modern technical and industrial education in the Meiji period. Students at the time enrolled in fall, and textbooks and writings on the blackboard were in English. Tokyo Higher Technical School produced many outstanding leaders that played key roles in modernizing Japanese industry.

The exhibition displayed the notes of three students. As no one had their own textbooks, students systematically scribed what they heard and saw into their notebooks, producing a valuable record of what they had learned. Subjective accounts of classroom proceedings and the learning process, these notebooks gave visitors a glimpse of a basic form of learning that gradually developed into the active learning of today. 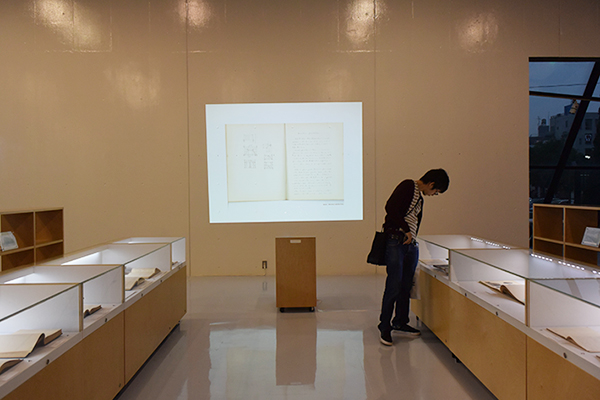 Images of notebooks projected onto the museum wall 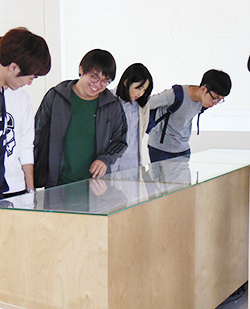 The notebooks are eloquent testimony of the state of Japanese society in the Meiji and Taisho periods, when the government strived toward the modernization of the country. Many of the notes are related to mechanical topics, indicating an urgent need to develop engineers at the time.

The exhibition provided visitors with an opportunity to recall the quintessence of learning and acquire knowledge about the history and culture of Japan and Tokyo Tech in the early 20th century. The notes carefully taken by three engineering students one hundred years ago have now left a lasting impression in the hearts of many.