Creating win-win situations, building personal relationships to promote high-quality research performance, facilitating synergistic collaboration through the exchange of principal investigators and students, and sharing cutting-edge equipment and facilities — these were some of the goals mutually agreed upon as the Tokyo Tech-UC Santa Barbara Joint Symposium drew to a close.

Tokyo Tech co-hosted the three-day gathering of talented researchers and students at its Ookayama Campus from August 26 to 28, 2015. An opportunity for faculty to share their research activities, engage in discussions, and explore increased collaborative research and student exchange, the symposium served as an important pillar in strengthening the university-wide agreement signed by the institutions in spring 2014.

The symposium kicked off on the afternoon of Wednesday, August 26 with opening remarks and university overviews from Tokyo Tech President Yoshinao Mishima and University of California, Santa Barbara (UCSB) Chancellor Henry T. Yang. This was followed by an outline of research activities at the respective institutions by Tokyo Tech Executive Vice President for Research Makoto Ando and UCSB Associate Vice Chancellor Tim Cheng. 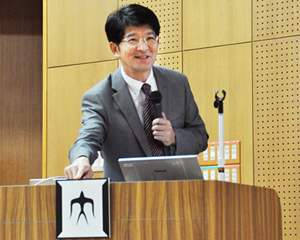 Professor Manabu Ihara explaining the naming of the
ENE-Swallow system

Session One of the symposium was dedicated to topical research at the two institutions. Professor Manabu Ihara from Tokyo Tech's Department of Chemical Engineering led off with an explanation of the ENE-Swallow smart grid management system and the Environmental Energy Innovation Building (EEI), completed in 2012, both significant developments at a time when new energy proposals are imperative topics of discussion, particularly in Japan.

Professor Mark Rodwell from UCSB's Department of Electrical and Computer Engineering continued with a presentation regarding recent developments in semiconductor research at UCSB, sharing his findings on "III-V Transistors for nm VLSI and mm-Wave Wireless" systems. A reception at the Royal Blue Seiyoken restaurant concluded Day One of the symposium. 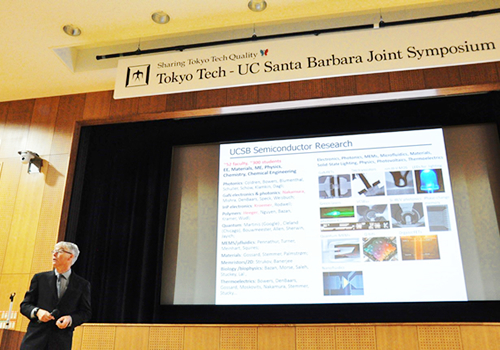 Professor Mark Rodwell with an overview of semiconductor research at UCSB

Presentations recommenced on Thursday morning with introductions of the relevant UCSB departments and their key faculty members, supplemented with a wealth of research information. The morning presentations were as follows:

After lunch, Tokyo Tech Vice President for International Affairs Hidetoshi Sekiguchi introduced the collaboration schemes the Institute has with the Japan Society for the Promotion of Science (JSPS).

In the afternoon, the UCSB delegation got a tour of the EEI Building with Professor Ihara, after which field meetings were held to introduce the visitors to Tokyo Tech's various laboratories and researchers.

To follow up on the second set of field meetings on Friday morning, everyone gathered in the Multi-Purpose Digital Hall to share their experiences and thoughts.

After his visit to Tokyo Tech's Department of Chemical Engineering with Professor Mina Okochi, UCSB Professor Gordon felt there was a lot of potential for collaborative research, stating that exchange of both graduate students and principal investigators was a real possibility in the future. 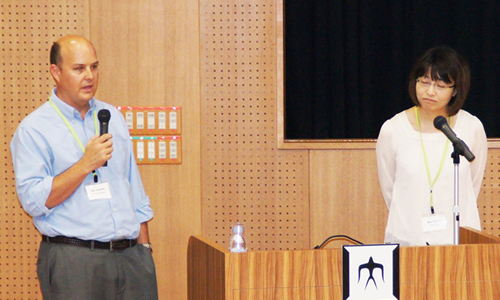 Professor Tsuyoshi Isshiki of the Global Scientific Information and Computing Center took UCSB Professors Cheng and El Abbadi on a tour of the TSUBAME Supercomputer 2.5, discussing with his counterparts potential education and research collaboration in the fields of cyber security, computer vision, sensor networks, and video retrieval. The trio also discussed faculty and student exchange on both the undergraduate and graduate levels. 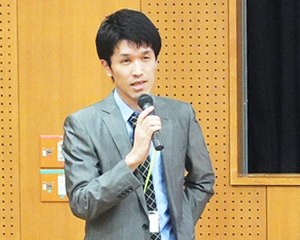 Associate Professor Yuya Shoji from the Department of Electrical and Electronic Engineering introduced Professors Rodwell and Schuller to key researchers in the department's Device Group. Rodwell commented that there were "tremendous overlaps" between the research conducted at Tokyo Tech and the interests of numerous UCSB faculty members. Periodic visits and technical discussions between Tokyo Tech and UCSB members would be a good start, with potential future experimental collaboration being most effective when tightly coordinated, Rodwell said.

UCSB Professors Hespanya and Begley were taken on a lab tour in the Department of Mechanical Engineering by Associate Professor Takeshi Hatanaka. At the wrap-up session, Hespanya pointed out that exchange of faculty members in the form of sabbaticals was not only viable but very welcomed by UCSB to foster long-term collaboration. Professor Begley stressed that there was an enormous number of possibilities in pairwise connections between UCSB and Tokyo Tech researchers, and expressed his willingness to host Tokyo Tech researchers at his UCSB lab. 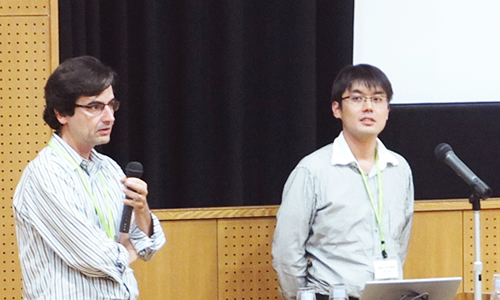 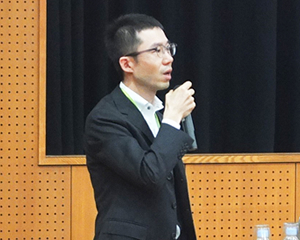 To complete the reports on the field meetings, Lecturer Satoru Kobayashi from the Department of Metallurgy and Ceramic Science gave an overview of the morning spent with Professor Tresa M. Pollock from UCSB's Materials Department. Pollock, who completed a sabbatical at Tokyo Tech in 2007, stressed that the exchange of junior level researchers was very important, and suggested that stints at the partner institution could range anywhere from one month to one year.

UCSB's Professor Pollock is in many ways the initiator of the strengthening ties between Tokyo Tech and UCSB. She has been collaborating with the Institute's Professor Masao Takeyama for nearly ten years, and has participated, on several occasions, in the activities of the Academy for Co-Creative Education of Environment and Energy Science (ACEEES).

Recently, the two have been collaborating in the field of high temperature materials research, which Pollock and Takeyama jointly introduced at the symposium. Pollock reiterated the various advantages in collaborating across fields, stressing that the sharing of talent and specialized instrumentation would be highly beneficial to both institutions.

The Friday morning session concluded with a report on the student workshop that was held in parallel with the symposium, followed by closing remarks from Tokyo Tech Executive Vice President for Education and International Affairs Toshio Maruyama. Further discussions continued at the lunch reception before UCSB professors and students started their journey back to the US.

*
This article has been updated to correct the schedule on December 25.