Traditional archaeological research in the form of excavation often involves enormous cost and labor, not to mention potential damage to historical sites. Together with his research group, Tokyo Tech Museum's Professor Hiroyuki Kamei, who sees archaeology as an integral science, developed geophysical prospecting techniques in partnership with manufacturers. The group used ground-penetrating radar, electrical resistivity, and magnetism as alternatives to excavation. 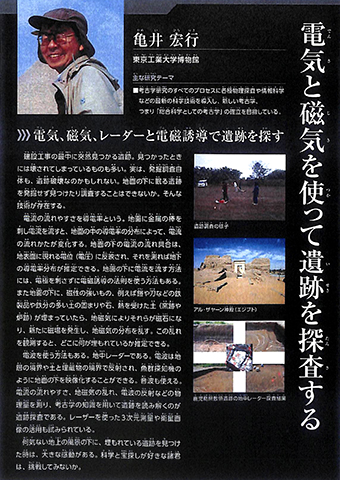 The National Museum of Nature and Science in Tokyo have placed Kamei's research techniques on display, and will exhibit them for about ten years.

Kamei's group put frequency-modulated continuous wave (FMCW) ground-penetrating radar to practical use for the first time in the world. They also developed the world's first fluxgate gradiometer, which makes it possible to measure three components in the geomagnetic field. Both devices were used for research conducted at El-Zayyan Temple in the Kharga Oasis, located in the Western Desert of Egypt, and on ironmaking remains in the U.K.

Kamei's interview video, a ground-penetrating radar, and a fluxgate gradiometer are on display on the 2nd floor of the National Museum of Nature and Science 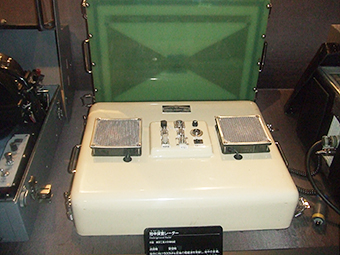 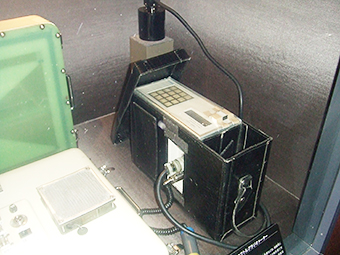