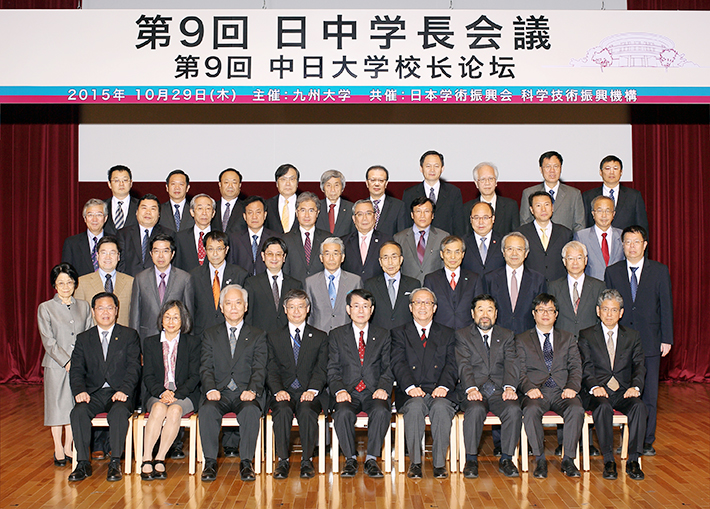 Intended to activate exchanges between universities in Japan and China by providing a venue for direct discussion between university presidents, the forum was organized for the first time in Japan in 2000 and has since been held in alternate years in Japan and China. Under the theme "Internationalization of Chinese and Japanese Universities in the Global Era," approximately 200 representatives of 35 universities and six governmental organizations from the two countries participated in the forum. 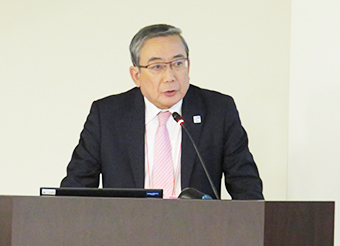 Following a keynote address, the presidents joined breakout sessions on the "Internationalization of Universities and their Contributions to Society" and "Joint Development of the Next Generation of Human Resources and Academic Collaborative Research in Chinese and Japanese Universities." President Mishima attended the latter session and shared a presentation on the education and research reforms underway at Tokyo Tech. He also described the Institute's academic and research exchanges with overseas universities, including those in China. Mishima explained that cooperation with international partners is central to Tokyo Tech's activities to nurture globally competitive human resources. After presentations from other universities, the presidents discussed ways to further promote research and student exchange activities between Japan and China.

Students from 17 Japanese and 15 Chinese universities attended the 2nd Japan-China Student Forum, which was held in parallel with the presidents' forum. Second-year master's student Kentaro Abe of the Department of Physical Electronics at Tokyo Tech's Graduate School of Science and Engineering participated. In two breakout sessions, participants addressed ways in which students contribute to the internationalization of Japanese and Chinese universities, and debated the necessity of internationalization.