On February 12, 2016, the Tokyo Tech International Student Association (TISA) paid tribute to the people who were instrumental in the success of the TISA events last academic year and welcomed the new and invigorated TISA team. 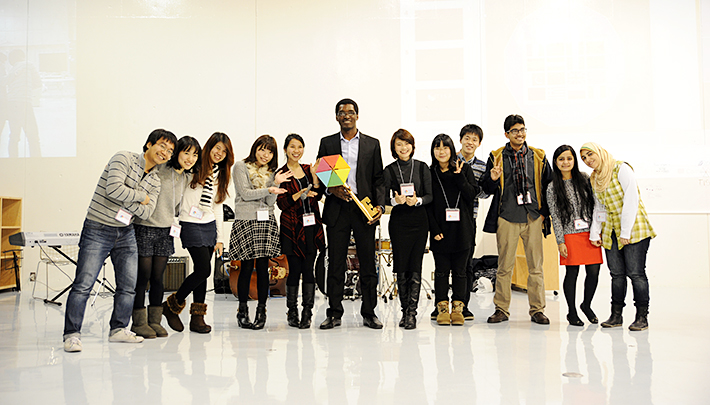 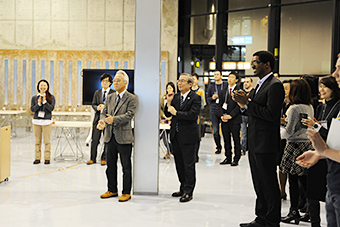 The two-fold event gathered international and Japanese students, as well as the Institute's staff and professors who played key roles in carrying out the different projects and activities of TISA. Tokyo Tech President Yoshinao Mishima graced the event and delivered the opening remarks. "TISA plays a vital role in the Institute," Mishima said, suggesting that the inherent nature of the organization is an essential part of the internationalization of Tokyo Tech. 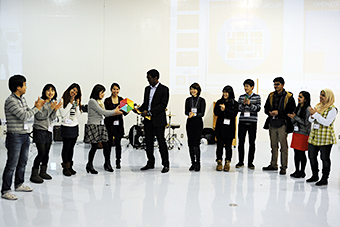 Several outgoing TISA executives and committee chiefs handed over the symbolic TISA key to the incoming TISA executives as a gesture of entrusting the organization and its affairs to its new set of officers. Kevin Brown, who was elected to serve another year as TISA president, shared his vision for the organization while recounting some of the significant achievements of the association in the past year.

Attendees and guests were well-tended as entrees were served with the accompaniment of jazz music played by Tokyo Tech's own jazz group. Selected Thai students also rendered two songs by playing traditional Thai instruments. A photo booth and message wall were made available for the guests to immortalize their participation in the event, which was held in the Centennial Hall building at Ookayama Campus. 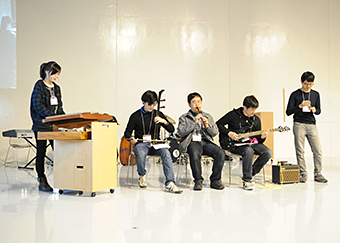 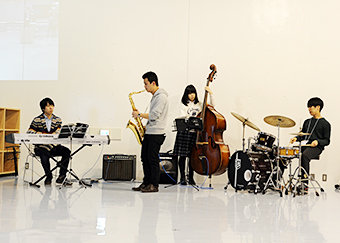 Group photo at the ceremony