Yoshinori Ohsumi, Honorary Professor of Tokyo Institute of Technology, has been selected as the recipient for the Rosenstiel Award and the Wiley Prize. 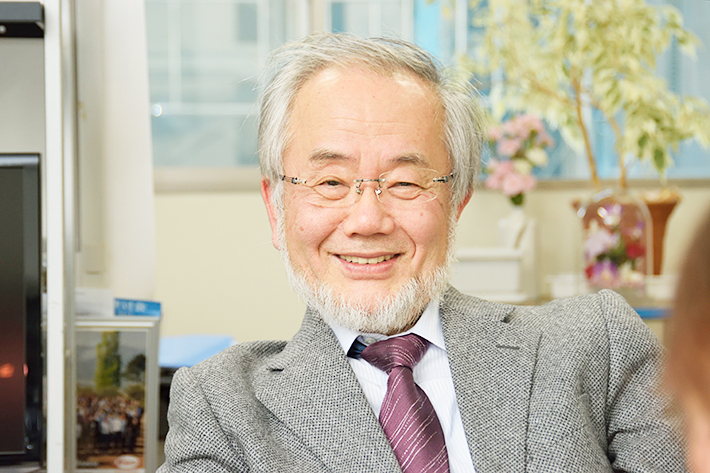 The Rosenstiel Award has been awarded each year since 1971 for noteworthy achievements in the development of fundamental medicine by the Rosenstiel Basic Medical Sciences Research Center at Brandeis University. The 45th award will be given to Ohsumi.

The Wiley Prize has been awarded each year since 2002 by the Wiley Foundation, funded by the academic publishing company Wiley Inc. (U.S.A.), to researchers who have attained noteworthy achievements in the biomedical field. Ohsumi was selected as its 15th recipient. Five of its recipients have gone on to win the Nobel Prize.

Both awards have been bestowed in recognition of Ohsumi's achievements in his research of autophagy, the mechanism by means of which cells degrade their cellular components and subsequently reuse them. Ohsumi's observation of morphological changes in the vacuole in yeast led to the elucidation of the autophagic process, which he ascertained as crucial to the maintenance and repair of the cell and cellular structures, contributing greatly to the development of the biomedical field.

I have been selected for the 45th Rosenstiel Award from Brandeis University and the 15th Wiley Prize from the Wiley Foundation. I will be attending the Rosenstiel Award Ceremony in Boston on April 6, then travelling to New York to attend the Wiley Prize Award Ceremony on April 8. Rockefeller University, where the Wiley Prize will be presented, is where I studied for three years of my post-doctorate days, and where I started researching yeast. I am deeply moved, since I've continued researching it until today.