Tokyo Tech's mechanical engineering student Mamoru Tatano finished fourth in the 39th Asahi Amateur Meijin national shogi tournament held on March 12 and 13 in Tokyo. The tournament was co-hosted by the Asahi Shimbun Company and the Japan Shogi Association in cooperation with the Japan Amateur Shogi Association. 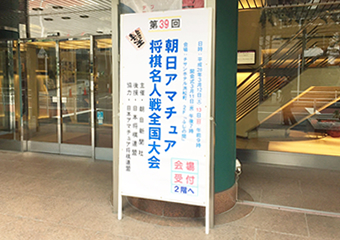 The 2016 tournament players ranged in age from the teens to the fifties, with the youngest being a 13-year-old female player. The allotted time for each player in the final game was 60 minutes — 50 minutes for the other games — and a maximum of 60 seconds per move after the initially allotted time had expired. The time limit in the Asahi Amateur Meijin tournament is much longer than in other amateur matches. One heated game this year lasted nearly four hours.

Tatano won all three matches on March 12, but then lost the semifinal and third-place match on the 13th, finishing fourth in the tournament.

The top eight players of the Asahi Amateur Meijin tournament qualify for the 10th Asahi Open Shogi Tournament scheduled for June 18 where they, including Tatano, will play against professional shogi players. 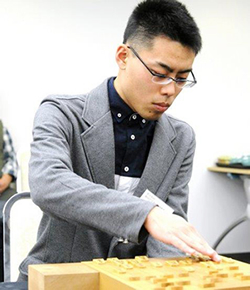 Tatano focused during the tournament

I am delighted to have played in the amateur tournament as a representative of the metropolitan area and delivered results. In the beginning of January 2016, I felt frustrated with a second place finish at the All Japan Student Shogi Tournament. Nevertheless, I have been doing well this year. Things are picking up and I am feeling better and better.

Being a member of the Shogi Club at Tokyo Tech, I often take part in student league matches. Our club is very competitive, and we are in the A-league of the Kanto University Shogi Association. Together with fellow club members, I will strive to win the league in academic year 2016. I invite all those who enjoy playing shogi to come over and join us at the Shogi Club. 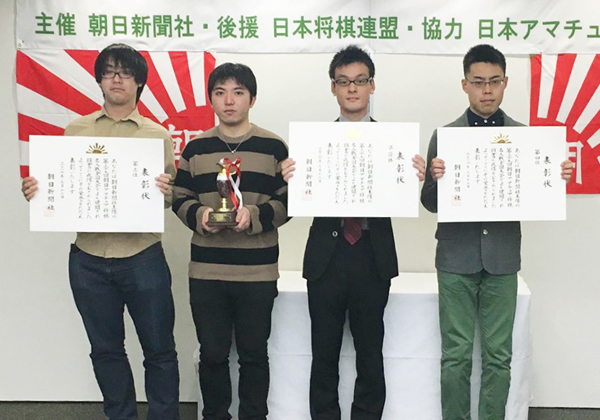