The monotone walls of the Ookayama Library came to life in mid-January thanks to a joint exhibition by the Tokyo Tech Photographic Society and Art Club, the first of its kind since the library opened in 2011. Members of both clubs worked closely with library staff from start to finish to ensure the three-week event went smoothly.

Art exhibit on B2 floor 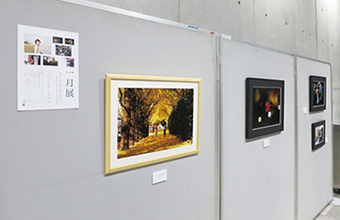 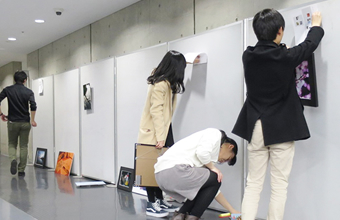 During the first week, the January Exhibit was dedicated to 25 photos submitted by the Tokyo Tech Photographic Society which were displayed in four locations around the library. From January 21 to February 3, the Bibliotheca Exhibit showcased 13 artworks by the Tokyo Tech Art Club. Prior announcements regarding the exhibits were made via the library's Twitter and Facebook pages. 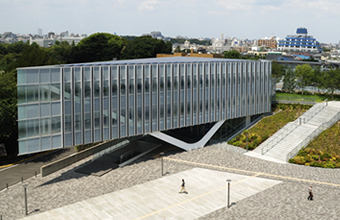 Ookayama Library a.k.a. the Cheesecake

Feedback from visitors was mostly positive. Some said they particularly enjoyed viewing the pieces in the silent atmosphere of the library, while others admitted the creative artistic expression was something they had not expected from science and engineering students.

The artists themselves were also pleased as so many other students and staff got to enjoy their work. Some are already expressing hope that they can hold next year's exhibition in the same place.