Report on the 12th Tokyo Orienteering

The Student Association for Global Exchange in Tokyo Tech (SAGE) hosts Tokyo Orienteering twice a year to help new students from overseas better navigate Tokyo and to provide Japanese students a chance to interact with international students. Participants are divided into groups made up of students of various nationalities and sent to locate places and solve missions at or near Tokyo Metro stations. Groups communicate with SAGE staff via Twitter to answer mission questions and compete for points. This spring, the 12th Tokyo Orienteering was held on April 24. 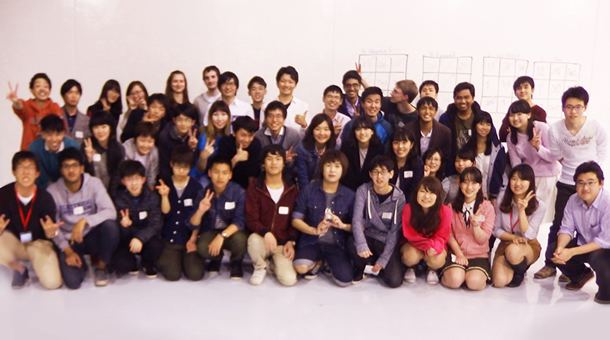 In the morning, participants gathered at Centennial Hall where they were explained the rules and divided into 6 groups. They then departed Tokyo Tech and started carrying out the missions they were given. These included finding a statue of the Toranomon Hills mascot near Toranomon station, and purchasing and eating ningyo-yaki, a famous Japanese cake, on Nakamise Street near Asakusa station.

An exchange party was held after the teams returned to Tokyo Tech, allowing students to meet and make friends with members of other teams. The party also included a contest for the most unique photo taken during the orienteering, and a Bingo game. To end the friendly event, the winning team, which was decided based on points accumulated during both the orienteering and the party games, was rewarded with prizes. 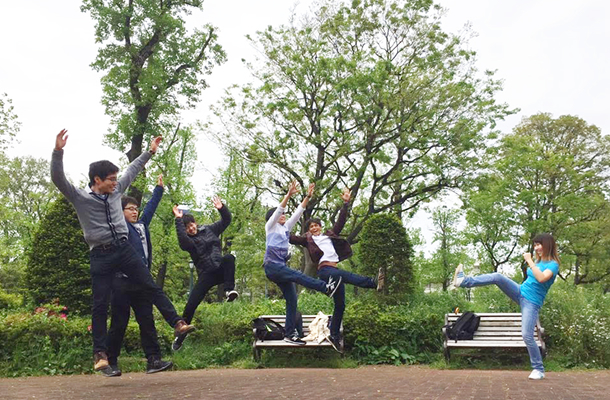 Shot for the photo contest 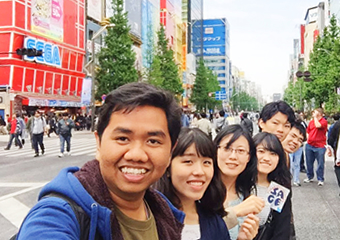 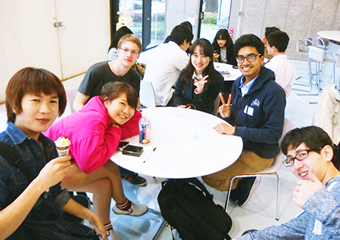 Back at Tokyo Tech after the missions

A SAGE staff member commented afterwards, "It was a bit of a challenge to have a new venue for the event, but it was certainly success. We will keep on creating enjoyable events while taking into consideration the opinions of the participants."