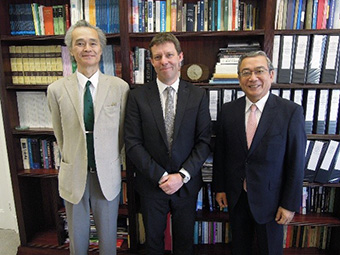 (from left) Satoh, Lamberts, and Mishima

After the signing ceremony, the delegation had a tour of the Wolfson Atmospheric Chemistry Laboratory, the York Plasma Institute laboratories, and the Department of Chemistry. Tokyo Tech and York have a history of research collaboration in the fields of chemistry, physics, and biomolecular engineering. The previous exchange agreement between York's Department of Chemistry and Tokyo Tech's Chemical Resources Laboratory was concluded in 2011.

The Institute is pleased to acknowledge the strengthened ties with its North Yorkshire partner, and looks forward to providing more University of York students with the Tokyo Tech experience.

The University of York, founded in 1963 with a cohort of just 230 students, has quickly become one of the world's leading universities. Today it is home to over 30 academic departments and research centers, and 16,000 students, 26% of whom come from overseas. York is the recipient of thirteen Athena Swan awards given to the university for providing support to women scientists during their careers. 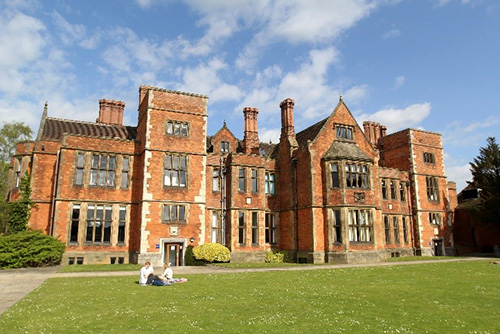 *
This article has been updated to correct outline of the University of York on July 14.